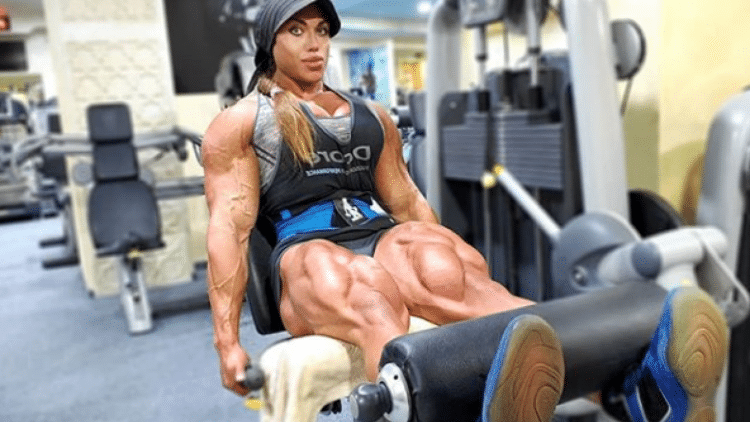 The Wings Of Strength Romania Muscle Fest Pro goes down this weekend, in Bucharest. Leading into the contest, Nataliya Kuznetsova is looking jacked!

Bodybuilding has been a sport that is largely dominated by men. Names like Big Ramy, Shawn Rhoden, and Phil Heath have stunned the world with their massive physiques. Despite that, there are some female bodybuilders who deserve more respect. One such lady, is Nataliya Kuznetsova, who has a physique to make some men jealous.

Kuznetsova made it clear that she was going to be making an appearance at the show in Romania. Initially, she was not planning to compete, instead, doing a guest posing, an autograph signing, and an open workout. However, she has since been added to the list of people competing in the event.

Due to the fact that Nataliya Kuznetsova is finally competing, there is still excitement around this appearance. Therefore, she is looking to make quite the impression when she arrives. She recently gave us a preview on Instagram, showing off just how massive she is.

“tomorrow morning I leave for Romania”

Kuznetsova looks absolutely jacked! Her legs are always massive, but they look especially impressive here. One of the things she is known for most is her imposing size. Nevertheless, this does not detract from how unbelievable she looks, each time someone sees her. She completely outclasses the majority of bodybuilders, male or female. This is why fans have been wanting for her return.

One of the facts holding back the return of Kuznetsova is the fact that female bodybuilding has largely gone away. With divisions like Fitness and Bikini taking over, there is little room for women like her to shine to their full potential. Nevertheless, the Romania Pro will be the perfect setting for her, as she competes in the Female Bodybuilding division. She can show off the amazing transformation she has gone through, surpassing her male counterparts with size and bulk.

Luckily, the Romania Pro will not be the only contest that Kuznetsova will be able to compete in. It was also recently announced that in 2020, the Ms. Olympia will also be making a comeback. This is certainly a step in the right direction, to put the sport back in the mainstream.

Nataliya Kuznetsova has been referred to as an ambassador for female bodybuilding. With a frame like that and her level of support, it is hard to argue that fact. It will be interesting to see how she looks when she hits the stage at the Wings of Strength Romania Muscle Fest Pro.