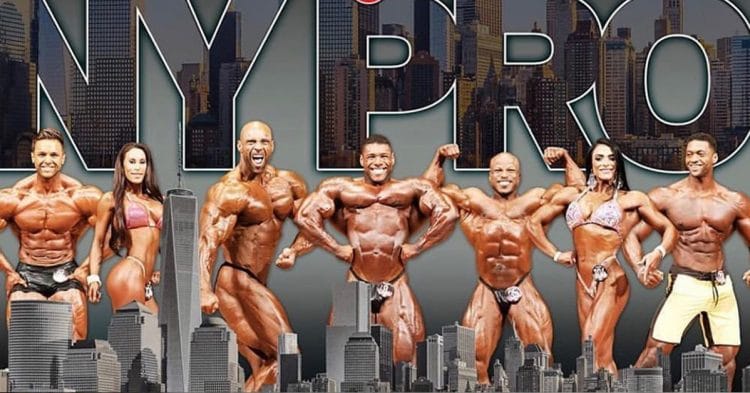 The current global health crisis has been causing issues with sporting events. Now you can add the IFBB New York Pro event to the list of affected contests.

The New York Pro was expected to go down May 16th. As one of the better bodybuilding shows of the year, this was a highly anticipated event. However as more and more shows were being shut down or delayed, the concern for the future of this contest was becoming increasingly uncertain.

Well the IFBB has finally spoken up with an Instagram post to answer these questions, and there is good news and bad news. The bad news is that the New York Pro will not take place on May 16th. However the good news is that it is not completely canceled, instead being rescheduled for later this summer.

This is clearly not an easy decision for the IFBB to make. However given the fact that New York is one of the heaviest affected regions in the country, it was fairly expected. Regardless, it is still good to hear that is is being moved to a specific date, instead of just indefinitely postponed. This way fans are not left in the dark about when they might see these athletes compete.

This is extremely disappointing for the likes of Blessing Awodibu. After being denied his chance at the Arnold Classic Australia, he was hoping to compete at the New York Pro. Hopefully he, as well as everyone else, will be able to properly adjust to the change in schedule.

All in all, there can be no denying that this is the right call. These times are hard on everyone, and it is important to do your best to stay positive. At least the 2020 New York Pro will be going down on August 8th, instead of not at all.