See Who Qualified For The CrossFit Games Through The Norwegian Championships 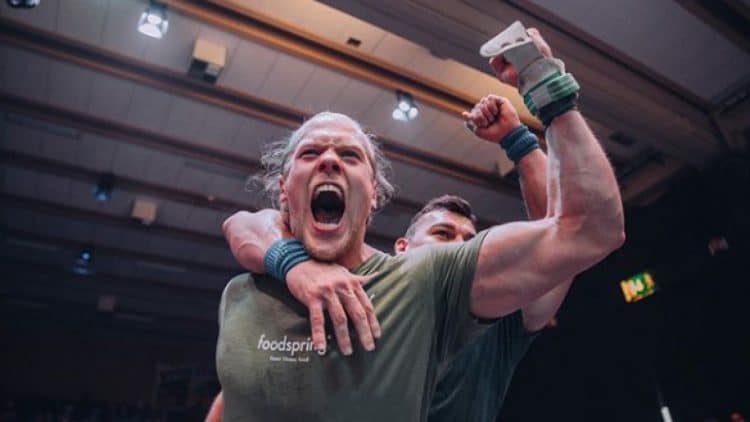 The 2020 Norwegian Championships CrossFit Sanctional event went down over the weekend. This is the results of the contest, as well as who earned an invitation to the 2020 CrossFit Games.

The Norwegian Championships was the seventh stop in the 2020 Sanctionals season. The action thus far this season, has been full of nonstop excitement, and this event was no exception. Taking place in the mountainous region of Gol, Norway, athletes came from around the world, in an attempt to earn a ticket to compete at the CrossFit Games later this year.

There was plenty of exciting action all weekend long, during the Norwegian Championships. Ultimately, only one team, one male, and one female will be granted this spot in the contest. Per the rules of the Sanctionals, these spots go to the first place finishers in each division. However, if that person already has an invite, their spot is then backfilled to the next highest unqualified person or team.

This is the results from the weekend’s competition:

There was quite the bit of drama on the men’s side of the Norwegian Championships. For most of the contest, Nicolay Billaudel was in control. However, as he began to fade, Griffin Roelle began to surge. Strong performances towards the end would see the American earn the first place position, while Nicolay would drop to fourth place. As a result, Griffin Roelle has qualified for the CrossFit Games, where he will compete for the first time as an individual athlete.

Things were equally exciting for the female competitors of the Norwegian Championships, as well. Although she would only win one event throughout the weekend, Gabriela Migala was able to stay consistent and score high enough to earn her the top spot overall. Nevertheless, she was already qualified for the Games, so her spot went to Andrea Solberg, who also had a great showing over the weekend.

On the other hand, things were pretty straightforward for the team competition at the Norwegian Championships. The Progrm would manage to score first or second place in six of the eight events, securing their invitation to the big event this summer. The Athlete Program and Team Finland were strong performers, but unfortunately not strong enough to land in the first place position.

This was some pretty exciting competition, coming from the Norwegian Championships. Congratulations to all the athletes who qualified for the CrossFit Games. The next stop in the Sanctionals will be Wodapalooza, which goes down this weekend.