Oleskii Novikov rolls through another Strongman competition with a win in Africa! 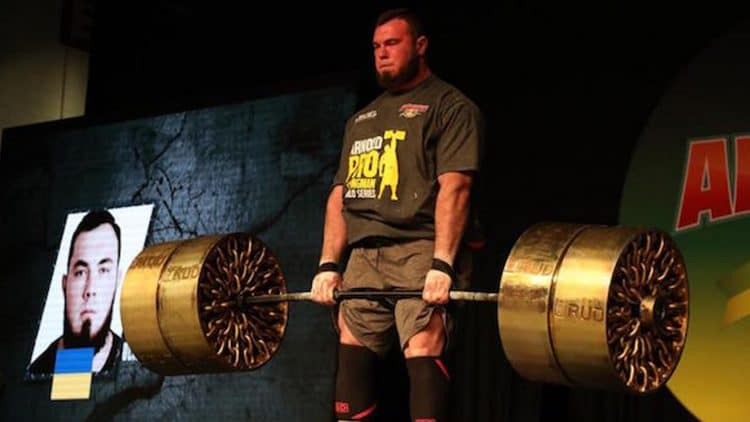 Oleskii Novikov is a 22-year-old Strongman competitor from Ukraine and so far he’s showing that he belongs on the big stage, winning the Arnold Strongman Africa. Last year Novikov was the Arnold Amateur World champion and just last month in April, he took first place at the Arnold South American.

Novikov placed ahead of Mateusz Kieliszkowski who was the runner-up at last year’s World’s Strongest Man competition with veteran Strongman Jerry Pritchett coming in third. Kieliszkowski has been very consistent taking third at the 2019 Arnold Classic, and Pritchett being an elite athlete tied for the biggest deadlift at the event with 430kg/946lbs.

But Novikov took the lead in Africa and held it by winning the Atlas stone event, lifting the 200kg/485lb monster over a bar for a total of 5 reps.

Check out his awesome performance…

It’ll be exciting to see Oleskii Novikov at the 2019 World’s Strongest Man competition next month (June 13-16) alongside the greatest Strongman competitors in the sport.