Patrick Moore responds to Sergio Oliva Jr's statements about the absence of top guys at the 2019 Olympia. 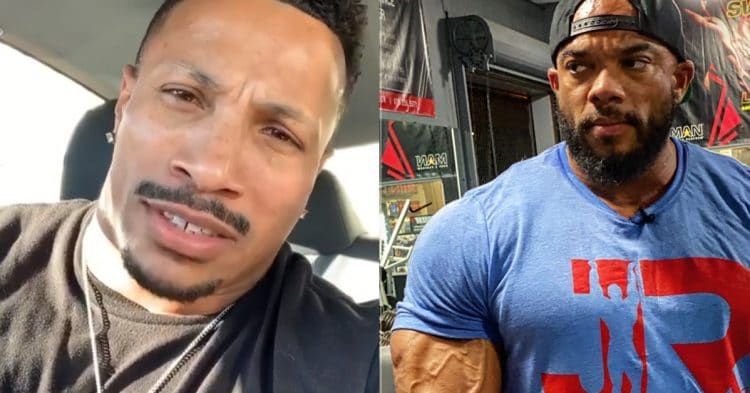 A few days ago, Sergio Oliva Jr. sat down with Dave Palumbo of RXMuscle where he talked about the upcoming Arnold Classic of which he’ll be competing in plus other topics. But he made some statements that didn’t sit too well with last year’s 10th place Olympia finisher Patrick Moore of whom Oliva Jr. mentioned in the interview.

Oliva Jr. basically explained that several of the guys who placed within the top ten at the 2019 Mr. Olympia competition wouldn’t have done so if certain competitors were competing such as Phil Heath, Shawn Rhoden, and Big Ramy who would likely be top three guys.

Well, he used the example of Patrick Moore who came in 10th, implying that people should stop hyping certain guys because the best competitors were absent last year.

So, we’ll let you listen to Sergio Oliva Jr’s comments from the interview (at about the 13:19 mark) and we’ve also provided the Instagram post below the video where Patrick Moore fired back with his own statements.

“Can we please stop talking about how someone placed something at an Olympia where nobody was there said Oliva Jr said at one point.“

“there’s no way in hell that any of the people that placed top 10 at the Olympia (except in the first callout) are going to beat me,” likely referring to the Arnold Classic.

Then he brought up the fact that he had to stand next to the best of the best and Moore didn’t.

“I wasn’t as fortunate as Patrick to stand next to Juan (Morel) and Akim (Williams). My first Olympia I came out and stood next to Phil Heath and Big Ramy“.

Hence the shots fired by Patrick Moore. You can hear what he said below and make sure to click through the same post to hear the whole thing as each clip cuts off.

“Keep in mind I’m 5 years in, going on 6,” said Moore. A ton of guys that have been here way, way longer so all the would’ve, could’ve what should have been blah blah blah, man just bring it when we’re on the stage, that’s all that matters.”

And Patrick Moore made a good point as he nor anyone else has no control over who shows up. He is only concerned about bringing his best to the stage and he looked phenomenal last year. Sergio Oliva Jr. is not necessarily wrong about his statements either but we’re a little over a week away from the 2020 Arnold Classic and both these guys will be competing so let’s see what happens.

Dutch bodybuilding veteran Roelly Winklaar was a proven force during the height of his IFBB career. Similarly to 7x Mr....

Two-time Mr. Olympia participant Patrick Moore suffered an Achilles tendon injury in April that has forced him on the sidelines....