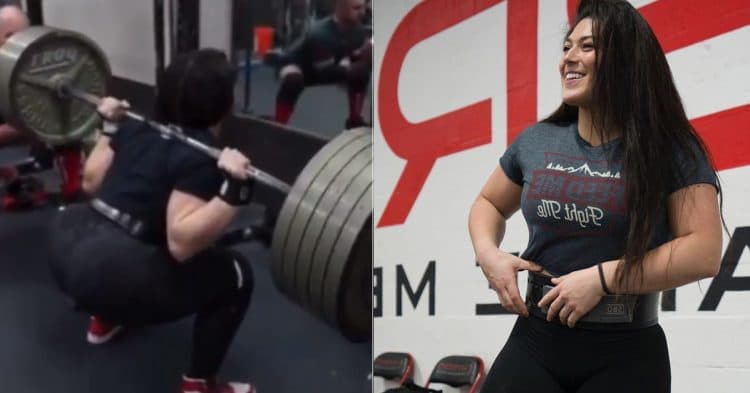 Daniella Melo has already made a name for herself in the sport of powerlifting as one of the elites and she’s only getting better. Melo is a 3x World Champion/medalist having won the Raw Nationals and World Classic Powerlifting Championships in 2017 and 2018 (plus Junior Championships). She also took first at the 2019 SBD Pro in the 84kg/185 class with a 580kg total but placed 2nd in the IPF World’s right behind the well known Amanda Lawrence with a 618kg total; which was an epic battle between the two.

But she’s a total beast and recently posted a video where she completed a 500lb squat for 1 rep that gave her a challenge but she got it nonetheless.

Here’s a very recent video where she bench pressed 295lbs and in her post, she wrote… “295 lbs for a single. Bench is heating up! World records coming in 4.5 weeks“.

And she makes a 500lb deadlift look like nothing…

The upcoming IPF Sheffield 2020 Powerlifting Championships by SBD will be taking place in late March and Daniella Melo is preparing to make waves (we have no reason to believe she won’t) at the competition. But Melo will be in the company Amanda Lawrence who she has seemed to have developed a rivalry with.

And we’ll be sure to keep you updated.