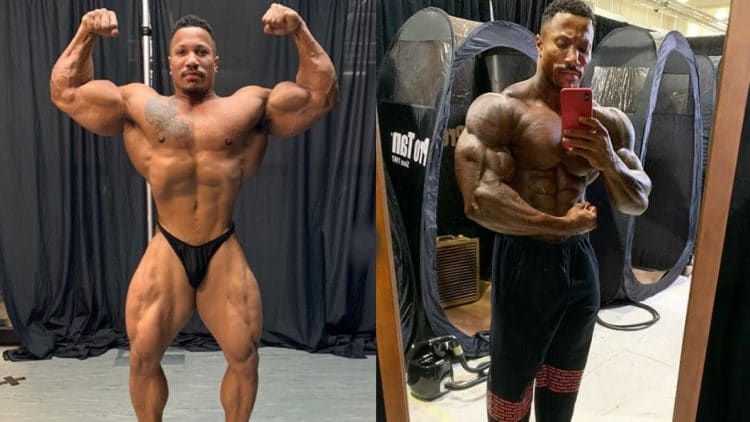 Patrick Moore is one of the hottest new bodybuilding prospects. Ahead of his first run at the Arnold Classic, he is looking completely unstoppable.

Moore made a big impact when he took the stage at the 2019 Mr. Olympia. He blew people away en route to his tenth place score. Following the event, many people were left wondering if he could be a future winner of the big show. That is the type of package that he brought to the stage in Vegas.

After his debut on the big stage, Moore promised to return bigger and better in the coming years. The 2020 Arnold Classic looks to be the start of those promises, as he competes for the first time at that event. The contest, which goes down in March, features some of the top bodybuilders in the world. As a result, Patrick has been forced to work even harder, if he wants to make as big an impression here.

This hard work became evident again, in a pair of Instagram posts from Moore. These pictures show off his unbelievable physique, demonstrating how hard he has been working to prepare for this big opportunity. In particular, his arms look absolutely massive.

This post came after another, where Moore responded to questions about whether or not he has enough time to prepare for the Arnold. Here, he compared his physique from 11 weeks out of the Arnold, to that of when he was one week away from the Olympia.

“I can across a comment where someone wondered if I would have enough time to come in shape for @arnoldsports. The person made the comment in comparison to my co-competitors. First pic this week, around 11 weeks out from the Arnold. Second pic 1 week before @mrolympiallc.

Not much difference. Unfortunately I don’t gain weight very easily, so the gains I make are always lean. That makes it easier for me to get in shape. Some guys gain a lot and then have to lose a lot, everyone is different. So if you’re wanting to grow; but It doesn’t “LOOK” like it’s happening, it is….just takes time. It’s your timeline, not everyone else’s!💪🏼”

To his credit, Patrick Moore does look like he is preparing quite well for the 2020 Arnold Classic. Although he still has some time work to do, he has some time to do it in.