Could Patrick Moore Be Mr. Olympia In The Near Future?

The 2019 Mr. Olympia contest was a much different event than what we’re used too seeing as last year’s (2018) champion Shawn Rhoden and 7x Mr. Olympia Phil Heath did not compete. So, the crown was up for grabs and Brandon Curry capitalized on the opportunity to win his first title; which was well-deserved.

Now, William Bonac was the runner-up but the biggest surprise over the weekend was Hadi Choopan taking third place in his debut. However, there was another competitor who people have been talking about as a potentially serious contender for the Mr. Olympia title in the near future.

Patrick Moore made his Mr. Olympia debut this past weekend of which he placed tenth but his physique was nothing short of phenomenal. And many took notice of his potential even before the Olympia with his 2019 California Pro win, calling him the next Ronnie Coleman and/or Lee Haney (although, it’s unfair to make those comparisons at this point).

But his flow, proportions, lines, and conditioning were all very impressive. Although, it’s apparent that he would need to put on more mass to really be a top contender in the Open division. Moore has a Classic Physique look with a bit more mass but we’re sure he’ll be working on adding size as he progresses.

But other than that, it’s hard to find flaws in his physique. He has great legs (proportional), an incredible back and very good development overall. And he could have even placed higher likely if he was a more well-known name.

Check out his posing at the Olympia…

“Dream chasing catching all my goals!! Heading back home and I wish I could relive this moment again, and meet every single person in that arena and everyone who viewed online that made me feel so special for my Olympia debut! The feeling I had is like no other! Bodybuilding fans are the best in the world as they love this sport as much as we do!

Their passion energizes us athletes when we are on that stage!! I’m sure I speak for all the other athletes as well when I say thank you to every single fan of this sport…we need you guys!! Can’t wait to bring you all an even more improved physique next year!! Time to step it up another notch!! I hope everyone has an amazing week!!”

It’s safe to say that if Patrick Moore can maintain his current aesthetic and add size to his physique, he’ll no doubt be a big name sometime in the near future.

Do you think Patrick Moore could be an eventual Mr. Olympia champion?

Dennis James: ‘You Can Easily Make A Case For Hadi Choopan Winning Olympia’ 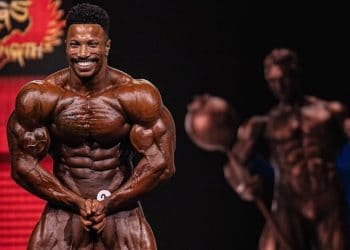 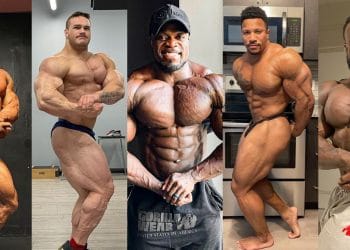 The 2021 Mr. Olympia goes down from October 7th-10th, in Orlando, Florida. With about seven weeks to go until the... 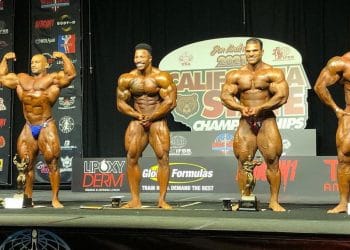 The 2021 IFBB California Pro took place on Saturday, May 29th, 2021, at the Anaheim Marriott in Anaheim, California. This...