After taking some time off to work on his physique, Patrick Moore gives a status update by guest posing at an NPC show in Wisconsin 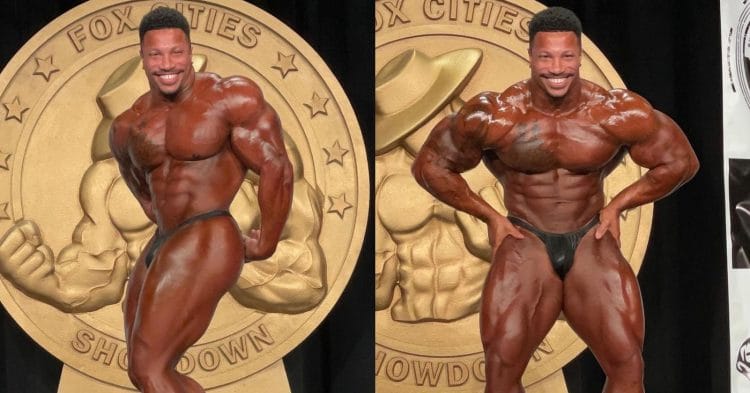 Fans have been curious as to what kind of improvements Patrick Moore would be able to make, as he takes time away from competing. We got to see a bit of that in action over the weekend, when he appeared at an NPC show for some guest posing.

With some even saying that he should compete in Classic Physique, Moore has dealt with being a little undersized compared to his contemporaries in the Open Division. This, as well as some of the areas of his package needing to be improved upon, led him to the decision to take some time off from competing.

This break has been used for Patrick to bulk up a bit, while working to improve his legs and his back, areas that have been heavily criticized in the past. He has even suggested that it could be as long as next year before he is seen competing agin.

While he has not entered any competitions in the foreseeable future, we did get a glimpse at the work that Patrick Moore has been putting in, over the weekend. This came from him showing up for a guest posing spot in an NPC show in Wisconsin.

According to a post to his Instagram, Patrick made a guest appearance at the NPC Fox Cities Showdown. Here he took the stage and ran through a variety of poses, showing the gains he has made over the last few months.

“Had an amazing time guest posing here @npcfoxcitiesshowdown! @demetrius_alecos and his entire team were absolutely wonderful! Fans were awesome and it was great to see up and coming talented athletes! Thank you again Oshkosh!😎💪🏼” Moore wrote.

There are some pretty clear improvements that Patrick has made to his physique, that can be seen during this guest posing. Of course, he will look a bit different by the time he competes again, and there is still work to be done, but the results of the work he has been doing can easily be seen.

As impressive as the video is, it is even better when you look at these still shots of Moore during the guest posing. It gives you the ability to really study each of the poses, and get a better impression of his current conditioning, which further compliments his already aseptically pleasing physique.

It is a bit unclear at this point how much longer Patrick Moore plans on staying out of competition to keep making improvements. However it is quite obvious that this was the right call for him, as he looks better than ever.