In an in-depth interview, bodybuilding legend Flex Wheeler shares terrifying details of the health conditions that led to him getting his leg partially amputated 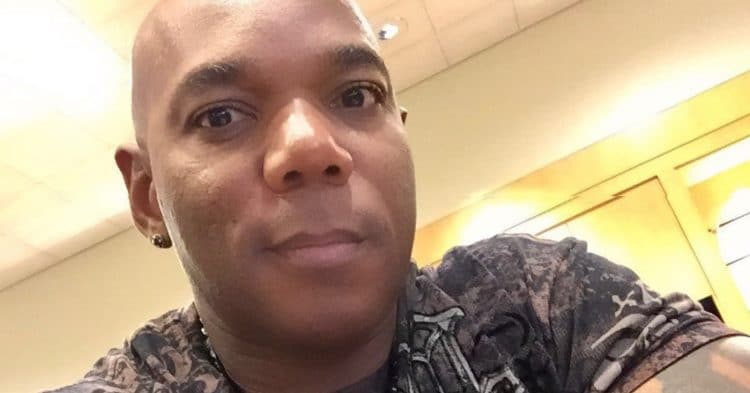 Anybody can tell you that Flex Wheeler has been through a lot over the last few years. However he recently opened up in terrifying detail about the circumstances that took his right leg, and almost cost him his life.

Bodybuilding fans were heartbroken to hear that Wheeler was forced into emergency surgery, where he had his right leg partially amputated. This was a drastic measure that seemed to come out of nowhere, at the time.

Subsequent reports emerged that painted a devastating picture of the years of struggling that he had gone through before the amputation. He had numerous health issues that eventually led to this devastating moment.

Speaking in a two hour long interview, Flex Wheeler decided to open up in the most detail that we have seen from him, regarding the health conditions that led to the amputation, his mental state, and his current condition.

Flex Wheeler began by discussing his initial ventures into the world of martial arts at an early age. It was actually this that led him to bodybuilding, where he was competing at the same time as fighting.

While he started off competing clean, when Flex decided to put all of his attention into bodybuilding, he began exploring performance enhancers. He started off with some anabolics, but after being teased by someone he knew from the gym, he was convinced to try androgens.

“(My first cycle was) dianabol. Just dianabol, just the capsules. I put on thirty pounds in a little bit over a month. I wasn’t telling anybody and I was kind of secretive about it, only a few people knew in the gym. But I just couldn’t hide it,” Wheeler said.

“I put on like thirty pounds, and I was like ‘Is this safe?’ I remember asking one of the old timers, and he goes ‘Don’t stop son. Don’t stop, keep going,’ and I’m like ‘Yeah, but look what’s happening.’

“(I had) stretch marks everywhere. They were so painful, they were like big worms… You can still see them on my forearm, in between my legs. They were huge and red, it was horrible.”

The Start Of Kidney Problems

After he started using gear, Flex Wheeler went on to begin competing at a high level, winning several shows and making a name for himself. However things began to change in 1999, around the time he came in second at the Mr. Olympia.

Even to this day, doctors are unsure what caused it, but Flex began having kidney problems. He said he noticed things getting worse when after every competition, he would rebound 30-40lb, with extreme swelling in his hands and feet, and even his genitals.

“In ’99 it really, really got bad. I took off from LA and I drove to San Jose, and when I got there I was so swollen I couldn’t even move. I checked myself into a hospital and I did an epson salt bath, and I ended up having to take a diuretic to flush the water out, and I’m like this ain’t right,” Wheeler said.

“For over a year I went to all kinds of specialists. All they said was ‘Oh you eat too much protein. Oh it’s the sports technology drugs you take. Oh you’re too heavy,’ just a whole bunch of misfits. I went to every hospital and every specialist I could go to, and they wouldn’t even do blood work.”

Wheeler explained that the doctors made assumptions based on his physique, which led to them not doing the proper testing diagnosis. Then in 2000, they finally did a biopsy and discovered that he had FSG (focal segmental glomerulosclerosis), one of the deadliest kidney diseases out there.

After this, Flex tried to keep competing in spite of the massive amounts of medication that he was being forced to take. However, at this point, he knew that he needed to compete clean.

What Led To The Amputation

Things continued to decline from that point, with doctors being amazed with how Flex Wheeler had been able to handle things. His kidney problems got to the point where he was in sudden death kidney failure.

Despite procedure after procedure, Flex had no choice but to eventually get his leg amputated. In fact, by the time he had to get the procedure done, he almost lost more than that.

“At that time, the doctor just stared at me, and I started crying because I knew. She said ‘Flex we’re there.’ So I said ‘Just take it,'” Wheeler explained.

“So it was from July to November, I think it was November 3rd when they did the surgery.”

Flex Wheeler Could Lose His Other Leg

After the procedure, Flex Wheeler recalled being in near unbearable pain. He was on a ton of narcotics in the hospital, but he refused to keep taking them when he got out, for fear of getting addicted.

Nowadays, he says that the pain is still constantly there, even though he has gotten used to it. It is not uncommon for amputees to feel phantom pain in their missing limbs, and this is no different for him.

“When I agreed for them take my leg, I had no idea that I would actually be in worse pain than I was when I had my leg.”

On top of that, because of the nature of his health issues, Flex says that there are still lingering problems. He is in a position now, where he can still lose his other limbs too, because of continued blockage in his arteries.

“(The doctor said) ‘The disease you have now causes occlusions of your arteries. So you’re at risk now, of losing your left leg,'” Wheeler said, fighting back tears.

Flex Wheeler concludes by saying that he is still working on getting into a specialized hospital, where better doctors can try to help him. One can only hope that this works out, because this is a tragic story.

No matter what though, it is clear that he is more than deserving of the accolades he has received for bravery over the last several months. He is continuing to fight, and is a figure of inspiration for all.