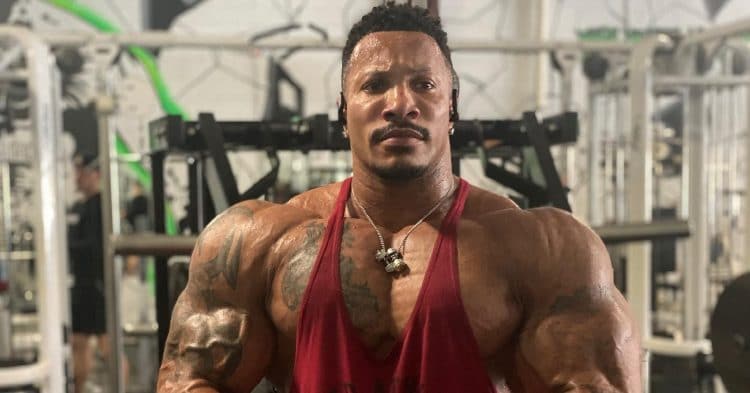 The past few weeks have been busy but disappointing for Patrick Moore. Now he has decided to take some time away from competition, in order to further hone his craft and improve his game.

There are a ton of people who have looked at Moore as a prospect in Open Bodybuilding. However his biggest point of criticism comes from people who feel that he is far too undersized for some of the beasts in the division. This was brought up again over the weekend, when he scored a disappointing 4th place at the California Pro, after landing in 6th at the New York Pro the week prior. Although there were certainly a few improvements made between these contests, it was still hard for him to break past the likes of Antoine Vaillant and Maxx Charles.

Following these lackluster back-to-back performances, Patrick Moore has made the decision to take some time away from competition. In a post to his Instagram, he explained that he has been competing too much over the last year to properly improve his physique. Therefore he is going to step away for a while, in order to bulk up and come back better than before.

“Finished 4th this weekend at the @musclecontest #calpro. Of course not the placing I wanted, but I feel is pretty accurate. I’ve been pro 3 years and it’s been an absolutely incredible experience. I’ve had a pro win, great showing at my first @mrolympiallc and an Arnold invite. I love this sport and competing with some of the best guys in the world. I’ve done at least two shows a year since being professional and now it’s time for a break. Although I love the stage, I can only grow with some serious time off. 3 shows this year, and I’m ready for some quality off season lifting and eating. With my sponsor @yamamotonutrition behind me, I will be able to make some significant improvements that will allow me to be more competitive at a high level. I appreciate all of you guys support!!! And now it’s time to take it to the next level! Hope you all have a great week!! Time to get to work!💪🏼”

This seems to be the right call for Patrick Moore to make, in order to better his career. Aesthetically speaking, his physique is one of the best there is. However without the proper bulk, the judges will likely never him the nod over some other people, so taking time to bulk up is a good decision.