Phil Heath Talks About How Motivated He Is To Get His Title Back At The 2020 Mr. Olympia 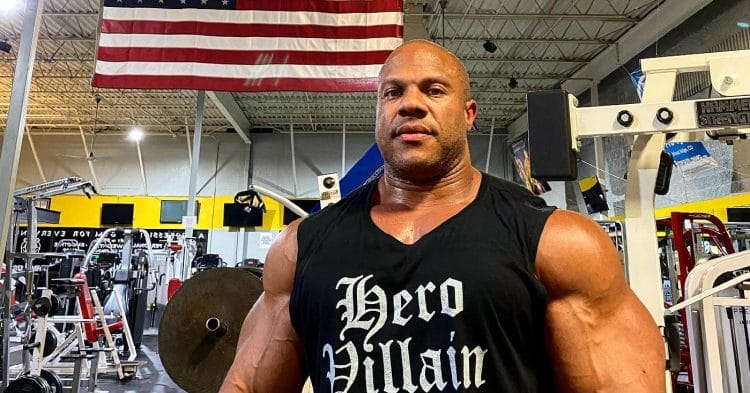 Fans around the world are excited to see Phil Heath return to the Olympia stage this December. If you were wondering how motivated he is for this, he recently shared something that will answer that question for you.

Virtually from the moment he said he was taking a break from competing, fans have been clamoring to see Heath back in action. The seven-time Mr. Olympia still seemed like he had a lot to offer, despite losing to Shawn Rhoden in his last outing. Therefore the excitement in the fanbase, as soon as he revealed that he was coming back at this year’s event, was palpable and easy to see.

One of the things that fans have questioned is how motivated Phil Heath is going to be, when the 2020 Mr. Olympia comes around. Sure, he has the opportunity to cement his place as one of the greatest of all time by winning an eighth title, but he also did not seem too rushed when it came to making his comeback. If you were one of the people questioning where his motivation lies, you need not wonder any longer. He posted to Twitter recently, with a picture of him hard at work in the gym, while expressing just how focused and determined he is to be victorious in Las Vegas, this December.

“These weights tonight I swear have the fear of God in them once I touched them. I’m so freakin possessed to get my crown back words cannot explain my mindset right now.”

These weights tonight I swear have the fear of God in them once I touched them. I’m so freakin possessed to get my crown back words cannot explain my mindset right now. pic.twitter.com/z4zZp7zH43

It is quite possible that this is the most driven Phil Heath that we have seen in a long time. He had previously talked about feeling a little burnt out by the amount of competition and the pressures of being the best in the world. Yet now he seems to be constantly at work, happy to be in prep mode and focused on bringing the best package to the stage as possible this year.

There is still a ton of other elite bodybuilders who will be on stage alongside Phil Heath, but he certainly looks ready to take them all on. If he is successful in winning an 8th Olympia title, he will have reached the top echelon of the sport, placing himself alongside the likes of Ronnie Coleman and Lee Haney. It would be an incredibly inspirational story, and he would leave no doubt on his place in history books.