Patrick Vellner is the favorite to take out Mat Fraser at the 2019 CrossFit Games! 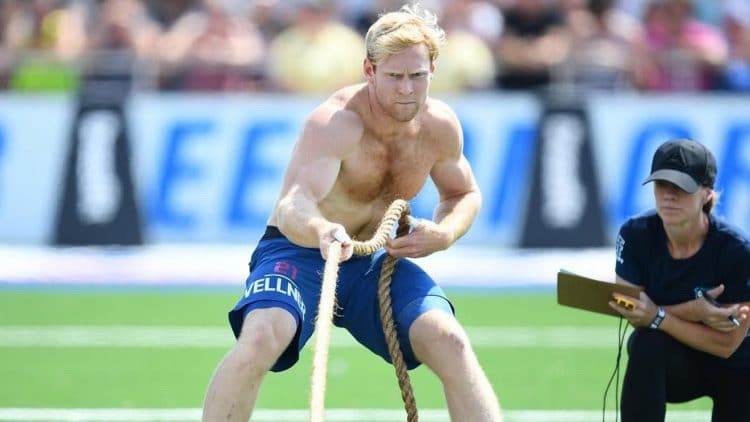 Last year, Patrick Vellner from Canada placed 2nd at the CrossFit Games and now he’s aiming to dethrone the current, and three-time champion Mat Fraser from the United States. Now, Vellner finished on the podium for the last three CrossFit Games competitions.

But, what makes the 28-year-old athlete stand out is that he does CrossFit and is studying to become a chiropractor…

And there’s no doubt Vellner is a crowd favorite but he puts this all down to his countless mistakes and injuries.

“I’ve had a lot of little injuries. Last year was a comical year with the amount of mistakes I made and little things that happened. But you know, like I said, I just dust myself off and I keep chugging forward.”

“I think a lot of people can identify with that and appreciate that. It’s not a smooth run. I don’t make it look easy. But I get it done.”

When the subject of Mat Fraser came up, Vellner was confident that he has what it takes to beat him. “Everyone is very beatable,” explained Vellner. And when asked if Fraser is beatable… Vellner responded with “Yeah, he is, of course he is.”

And when asked how he’ll beat the three-time champion…

“I’m going to score more points than him,” said Vellner. “Is it going to be easy, absolutely not! He doesn’t make it easy for anybody and I wouldn’t want him too frankly, so it’s going to be a good test and take most of what I have in me but I’m willing to give it a shot, so we’ll see“.

Can Patrick Vellner overtake Mat Fraser at the 2019 CrossFit Games in August?