110kg powerlifter Phil Herndon scored a new ATWR over the weekend, with his incredible 950lb squat 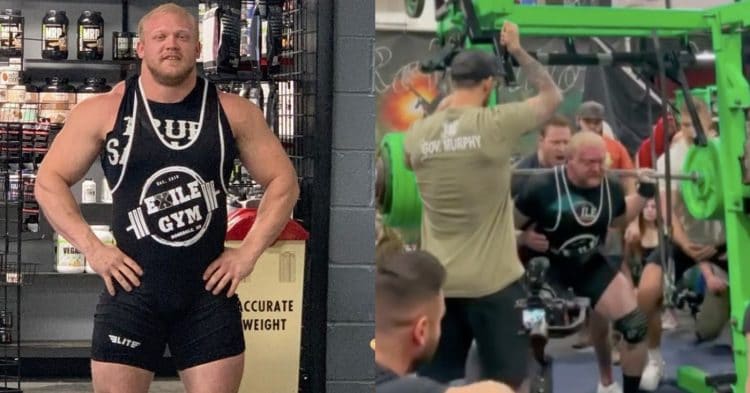 Last weekend delivered on some sweet powerlifting action that saw several world records broken. One of the best examples of this came from Phil Herndon, who broke barriers with his massive squat.

At only 25 years of age, Herndon has already established himself as a force to be reckoned with in the 110kg division. He has been competing for 8 years, with national wins and a 3rd place at the 2019 Kern US Open on his resume.

While he began his career doing raw powerlifting, Phil has since transitioned to competing almost exclusively in wraps. This has led to him making marked improvements in his performances as a result.

This was most evident recently, when Phil Herndon competed at the 2021 RPS NJ and North American Championships. As he explained with a post to his Instagram, he would leave this meet with a new world record.

The lift in question was his fourth attempt at the squat, given to him in order for him to attempt a world record. That was precisely what happened, as he took 950lb (431kg) for a ride, and etched his name in history books.

As previously stated, this squat was the fourth attempt for world record purposes only, and did not reflect on his scores for the contest. Nevertheless, he came in first place with the following lifts:

With Phil Herndon being just 25 years old, he has a surprising level of consistency with competing. He has been in 23 meets over the course of his career, maintaining a steady pace of 3-4 meets a year.

This has really helped him to hone his craft, as each outing sees him looking better than the last. Another deciding factor has been his ability to grow into the 110kg division, where he has exclusively competed for the last year and a half.

These changes have led Herndon to a ton of great showings, not least of which being his ATWR squat over the weekend. There was a ton of work that led to that point too, as evident by his 880lb squat from just before the meet.

As he progresses in his career, there is no doubt that Phil Herndon is turning into a real threat to the elite in the 110kg weight division. It will be fascinating to monitor his growth from here.