Otis Perkins suffered major injuries in car accident earlier this month but unfortunately has passed away. 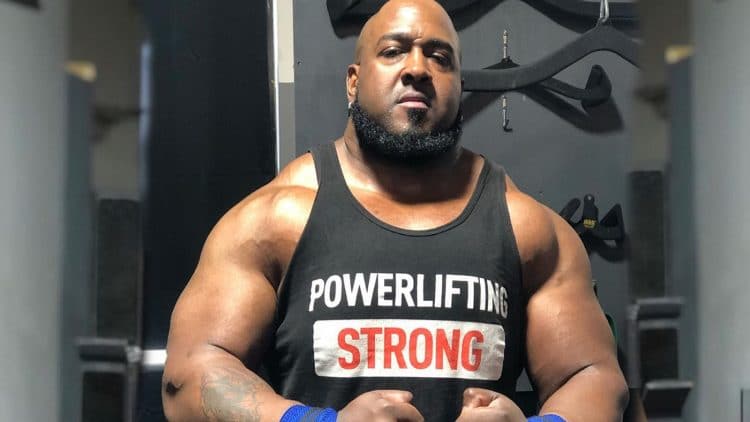 Powerlifter Otis Perkins known as “Black Tom Cruise” has passed away on Saturday morning, 24th July 2021. Otis was involved in a serious car accident on July 11th and was rushed to the hospital for surgery. He died from complications from pneumonia. Rest in peace.

Perkins had sustained major injuries due to a car crash. He caught up a high fever and experienced lung complications while he was in the hospital.  Because of pneumonia, he couldn’t get enough oxygen to his lungs which resulted in heart failure.

Perkins was well known in the powerlifting community and he was Larry Wheels’ first training partner. Larry took to Instagram to pay tribute to Perkins.

R.I.P @black_tom_cruise
The man brought laughs everywhere he went. Funniest man I ever met. He possessed all the traits of a GREAT friend.
I love him and hold him closer to almost anyone I know. It hurts to accept he’s gone.
No matter what life threw at him he kept a smile and his head held high. Otis Perkins you will be missed

Powerlifter Otis Perkins had been competing in the sport since 2015. His last meet as per openpowerlifting.org was in July of 2020. In this outing, he participated in the Heatwave Dead Weight competition in 140kg class and only took part in the deadlift session and pulled 342.5 kgs.

These are his career-best lifts:

The community reacts to the passing of Perkins

The fitness community and fans were shocked by sudden death of Otis Perkins’. His friends and fans paid tributes to him on social media:

“I am so sorry to hear brother.”

“Sorry to hear this. You and his family will be in our thoughts and prayers.”

“Lost a good one, rest in peace Black Tom Cruise. Mans energy seemed to be unmatched, looked like he elevated everyone around him no matter the situation. Condolences go out to his family and friends.”

Lost a good one, rest in peace Black Tom Cruise. Mans energy seemed to be unmatched, looked like he elevated everyone around him no matter the situation. Condolences go out to his family and friends.

“Damn!!! No words!! He was a solid one, and I’m going to miss chopping it up about cars with him”

Also read: Jenny Lynn-Powell and John Meadows has passed away.

A GoFundMe page was set up to support and cover his medical expenses.

We’d like to extend our most sincere condolences to the family and friends of Otis Perkins. Rest in peace.