Many are mourning after the death of accomplished Figure competitor Jenny Lynn-Powell. 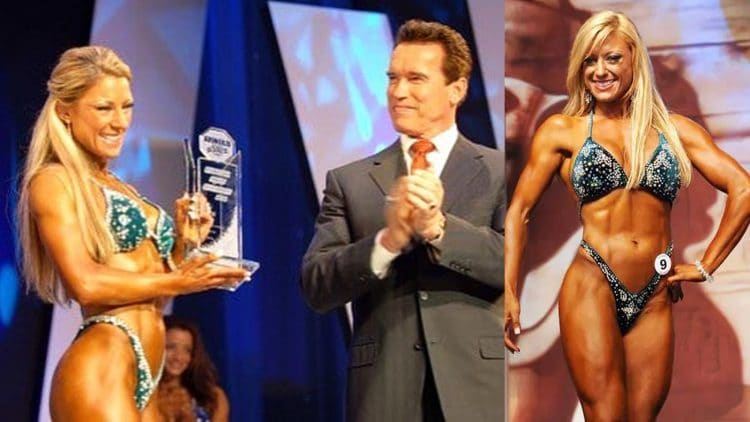 We’re very sad to have to report on the recent death of multiple-time Pro Figure champion and 2x Ms. Figure Olympia Jenny Lynn-Powell. According to reports, she passed away in her sleep after having a seizure. Her husband Ricky tried to save her life but was unsuccessful. She was 49 years old.

Powell was originally from Petaluma, California, and loved singing and dancing as a child and at one point competed in cheerleading at a national level.

She eventually found her love for fitness after teaching aerobics and starting weight training and the rest was history. The ultra-competitive and talented Jenny Lynn-Powell earned her Pro Card at the 2001 NPC USA Fitness Championships only one year into competing.

She was an incredibly accomplished competitor who took first place at the prestigious Olympia in 2006 and 2007. She also won the Figure International Arnold three times and managed to win several more shows as a Figure competitor. Powell established herself as one of the very best in the world and retired after the 2009 Olympia where she placed 7th.

She was also a trainer and health coach for women.

Many close to Powell and those who knew of her gave their condolences, including Dave Palumbo of RX Muscle who shared an emotional message on Instagram. 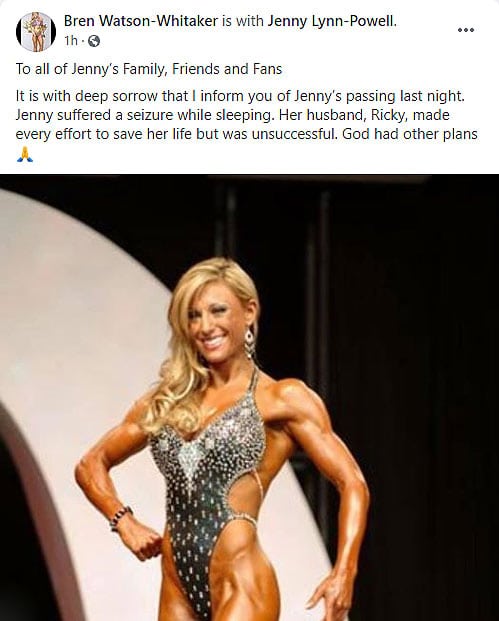 Palumbo explained that he interviewed her recently and mentioned that she also hosted a radio show for the publication years ago.

“Sad to hear that 2x Ms Figure Olympia @jennylynnfitness passed … from what I hear she had a seizure while sleeping .. I had recently interviewed her and she was doing great …

The bodybuilding community reacts to the passing of Jenny.

The fitness world has lost a true champion. Two-time Figure Olympia winner Jenny Lynn was an inspiration to so many. We are saddened to learn of her passing.

We’d like to extend our most sincere condolences to the family and friends of Jenny Lynn-Powell. She was a true legend!

Myo-Reps: What Are They and How to Use Them