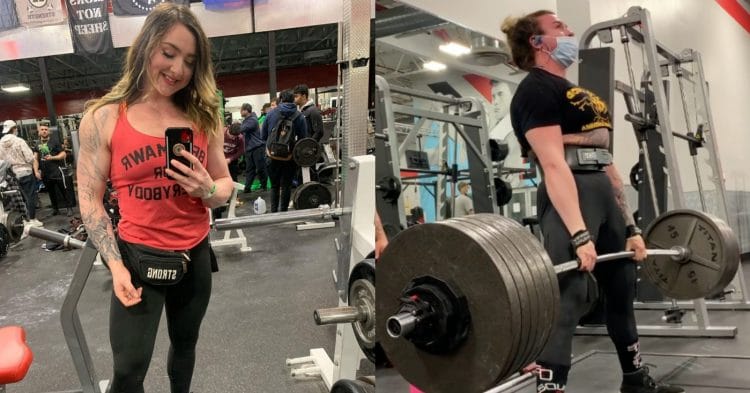 We have been showing you over the last few months that this up and coming generation of powerlifters have a ton of potential for success. However Rachel Torres proved this to be true in a huge way with a recent training session.

At just 23 years old, Torres is building a resume as one of the most impressive competitors in the 75kg division. She already holds numerous junior world records on her resume to prove as much.

In the just two years since Rachel has been competing, she has earned three all-time world records. She holds the junior record for her squat, bench press, and total, all of which she scored in her last meet in September.

However recently, Rachel Torres found herself back in action, and this time she filled in the missing space on her record of accomplishments. In this recent training session, the young powerlifter blew the doors off of the junior world record for deadlift.

Posting to Instagram, Rachel shared a video of her in training, hitting an enormous 600lb sumo deadlift. That is a whopping 76.4lb over the junior world record for deadlift in the 75kg division.

“My strength has never come from anger, but my will to always fight for more, and never settle. My dad is my biggest inspiration and last week I told him I was going to get this for him, and I did.”

Now to be clear, this does not count as an official record, in large part due to the fact that it was in training. On top of that, she was also wearing straps, which is not allowed in competition either.

That said, this does not take away from how impressive of a performance it is. On the other hand, another aspect that is unclear is how much she weighs in this session, so it is hard to know just how much of it will translate into her next competition.

Either way, it is clear that Torres has worked hard on improving her deadlift skills. Here she is just a week earlier, pulling 585lb to prove that the 600lb deadlift was not a fluke.

As she explained, Rachel Torres is looking to compete again at the 2021 Kern Open, which is currently slated for April 24th. It will be exciting to see how she looks when she takes the stage here, and if she can find her way to a fourth world record in the process.