It has been revealed that the 2021 Shaw Classic has been rescheduled, and Zydrunas Savickas will be participating 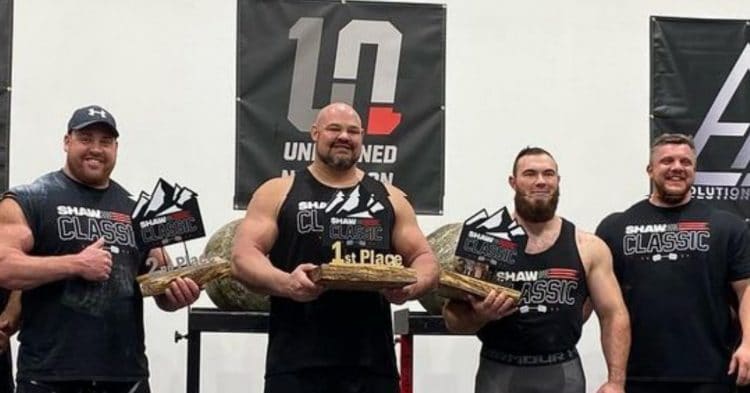 Fans and athletes alike are looking forward to the 2021 Shaw Classic. However they will have to wait less time than originally thought, as it has been rescheduled, but another big surprise has been revealed for the contest.

When Brian Shaw revealed that he was going to be putting on his own strongman contest, there was intrigue among the fanbase. Little did anyone expect the event that occurred in 2019.

Some of the best athletes in the world came out to Brian’s facility to compete for a prize pool made up of Brian’s own money, as well as a portion of all streaming sales. In the end, Brian himself would win, not taking prize money, and he assured fans that this was not a one-off event.

Sure enough, Brian swiftly announced details of the 2021 Shaw Classic, which included a massive new location. It was expected that the sixteen athletes participating would compete at the end of October.

However in a recent video to his YouTube, Brian announced that the contest is now being rescheduled for August 27th-28th. He explained that Rogue, the company who is sponsoring the event and providing equipment, is having a strongman contest on the same date as Brian’s contest.

“My goal with the Shaw Classic and with the sport of strongman, is to give the competitors every opportunity they possibly can to compete,” Brian said.

“So if we move the Shaw Classic, and we’re going to move it up in the year, that then gives the competitors another opportunity to compete at the Rogue Invitational.”

This was not the only major announcement that Brian had, as he also revealed that fan favorite strongman veteran Zydrunas “Big Z” Savickas will be competing. He was supposed to compete in 2020, but was forced out on short notice.

With Big Z’s addition, there are now seventeen athletes competing in a total of eight events, across two days of competition. Here is the updated list of competitors:

As far as tickets go for the 2021 Shaw Classic, Brian assures fans that there will be a limited number of fans allowed in attendance this year, with more info to come on that.

This contest is quickly becoming one of the most anticipated in the sport, and it will be exciting to see what this year offers.