After video emerged of Coach Tal talking trash to Phil Heath, he has resigned from his position as Big Ramy's manager 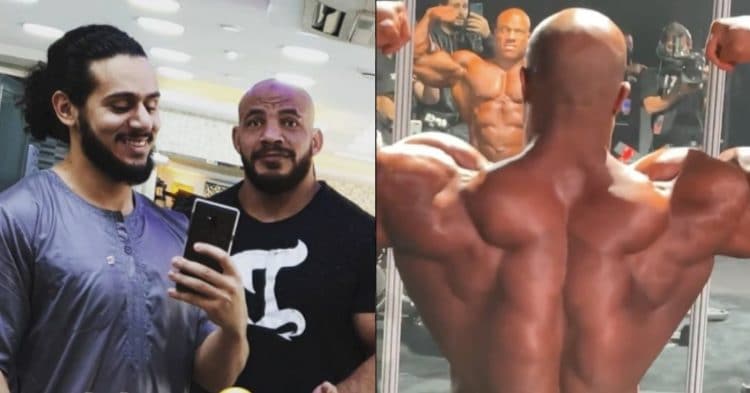 There was some serious controversy coming from the 2020 Mr. Olympia, involving Big Ramy’s manager Coach Tal. Following this blowback, he has apparently decided to resign from Ramy’s team.

Following the 2020 Olympia, a video started circulating of a man, backstage at the show. This was causing a buzz because the man was filming himself taunting seven-time champ Phil Heath.

The video sees the man telling Phil that he is not going to win, and that it was Big Ramy’s time. While this ended up being the case, many felt his actions to be disrespectful, given that they were backstage.

As it turns out, this man in question was Coach Tal, who is a member of Ramy’s team. He was the one who originally shared the video, posting it to his Instagram Stories.

When word got out that it was he who had made the video, there was some serious blowback on Ramy’s apparent manager. This led to him posting some pretty aggressive comments in response.

Now it seems that Tal has decided to remove himself from the situation completely. Posting to his Instagram, he revealed that he would be resigning as Big Ramy’s manager.

Moreover he claimed to have never meant any disrespect towards Phil Heath. He accepts responsibility for his mistakes, and wishes the Egyptian champion good luck moving forward.

“After all that happened lately the wisest decision I could (make) was officially leaving the position @big_ramy gave me as his ‘manager'” Tal wrote.

Is it destiny that Ramy asked me to be his manager in Dubai and I’m writing those lines in Dubai two years later?! Only God knows

All I know is I spent the best moments of my life with this man and no business or work or ANYTHING can destroy this.. brothers 4 life and after insha Alla

All I did is I tried to never fail him as a friend brother and manager. And I’m publicly sorry if i ever failed you bro. The mistakes are mine the success is yours champ!!

I’m happy to have been part of this adventure being by his side during his ups but more importantly having his back during the downs..

Those are memories I won’t ever forget.

But the happiest day of my life was watching him reach the place he deserved with the legends of this sport.. Writing his name in history….’BIGRAMY2020′”

“I don’t wanna hear anything about bodybuilding anymore… It’s not a new chapter I’m opening but a new book,” Tal added.

Obviously it is unfortunate that Coach Tal felt it had to come to this. As disrespectful as many felt it was, it is hard to imagine that anybody actually wanted to push him out of the sport completely.