Rauno Heinla Throws Around Some Massive Weight In The Gym 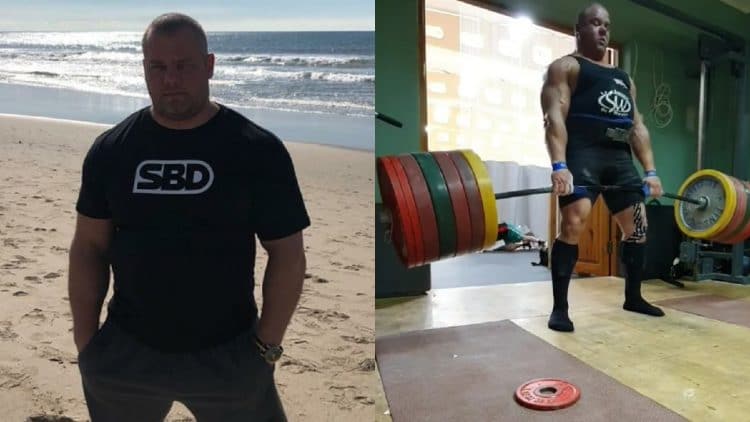 Rauno Heinla has done a great job over the years at showing that he has some freakish strength. He put that to the test again recently, as he cruises through some huge deadlifts in the gym.

Heinla has earned the title of Estonia’s Strongest Man for a whopping six times. Moreover, he holds both the Arnold Australia Pro Strongman, and Arnold Brazil Pro Strongman championships. He has shown time and again, he is one of the most powerful men in the world, especially coming out of that region.

One particular lift that Heinla has always excelled at is the deadlift. He has crushed a whopping 450kg (992lb) deadlift, to win the win the World’s Ultimate Deadlift title, late last year. This was his highest deadlift in competition to date, and he absolutely blew it out of the water.

Since then, Rauno Heinla has not been slowing down in the slightest. A recent post to his Instagram gave a clear indication of that. In the video, he can be seen working through a 400kg (882lb) deadlift for three reps. It was quite the impressive set.

Heinla is easily blasting out these three reps of this massive weight, smashing it like a warm-up. Despite the fact that you can actually see the weight making the bar shake and bend, he makes it seem like it’s nothing. Although this was 50kg shy of his competition best, it was done in such a way, that shows how much he has been growing. It was really a spectacular performance from a guy know for delivering spectacular performances.

Rauno Heinla explained in the post that a new season was on the horizon. Therefore it is safe to assume he has some big plans for 2020. As he is putting in work like this, it makes one pumped to see what’s in store for this powerful man.

10 Best Back Exercises for Building Muscle Strength and Size

Top 20: Celebrities Who Love To Do CrossFit