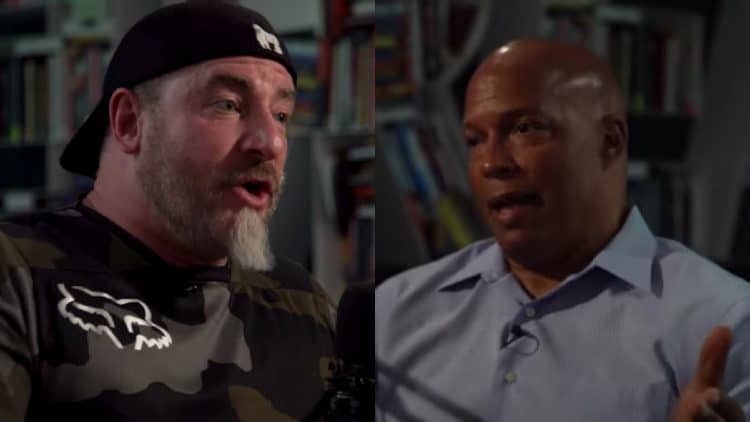 Chad Nicholls heard the remarks that Shawn Ray made about him recently. Now he chooses to fire back at the Olympia champ and attempts to set the record straight.

Nicholls is a nutritionist who has been working with bodybuilders for many years. Recently, Shawn Ray did an interview, tearing into Chad for some of his controversial practices. He explained that the two had never worked together and that they never would. Shawn really went after Chad’s character in a serious way.

Following this interaction, Patrick Bet-David, the man who was interviewing Shawn, wanted to give Nicholls a chance to respond. Therefore, he recently had Chad on his show, where he played an abbreviated clip of what Ray had to say. Subsequently, he asked Chad what his thoughts were, and Chad’s response was immediately dismissive of the comments Shawn had made.

“The most interesting part of it, and it basically outlines his direction of the whole thing, is right from the get-go,” Nicholls begins. “Because, you ask him if we ever worked together, and his response is ‘Absolutely not,’ but he went and guest posed for me in ’96, and I asked if he wanted to work with me. That’s a complete lie. Like, that’s an absolute lie, and when I explain it to you, you’ll understand.

Nicholls goes on to explain that he did not get involved in fitness until 1997.

Chad Nicholls revealed that at the time he was not in a place at the time, where he would have had a conversation like that with Shawn. Therefore, he was asked why he thought Ray would have said something like that. As he explains, it seems to be rooted in some bad feelings, as it was actually Chad Nicholls who said he did not want to work with Shawn Ray.

“After the ’98 Arnold, I get a phone call from Boyer Coe,” Chad reveals. “Now if you’re familiar with Boyer Coe; Shawn Ray and Boyer Coe, they had a workout program together called Flex Workout, so they were friends. He also dated a girl named Debbie Muggli, who was a professional bodybuilder. My wife and Debbie Muggli were friends. So when we would go out to California, we would go out to eat with Boyer and Debbie, and we became friends.

“Boyer Coe calls me and says ‘Listen, Chad. Would you be interested in working with Shawn Ray? Because the Olympia’s open this year, and we believe with your guidance, he could win the Olympia.'”

Nicholls goes on to explain that he had already been hearing rumors about the type of work ethic Shawn Ray had.

“So Boyer calls me and asks me this.,” Nicholls says. “And I’m like ‘Listen, honestly there has to be three things that have to factor in for me to work with an athlete. One, I have to believe they’re a hard worker. Two, I have to believe that they’ll pay attention and do exactly what I say; that I’m not wasting my time with the athlete. And three, I have to believe that we are going to click, and that the person is a decent human being. Shawn doesn’t match any of the three criteria. I have zero interest in working with him.’

“From that point, I became the devil, for sure,” Chad concluded. “So from that point, everything literally escalated. So once I had talked to Boyer, that seems to be the point, because before that, there’s no interaction.”

Now, it is worth noting that Chad Nicholls is only responding to a small portion of the criticisms that Shawn Ray threw his way. Regardless, this is an different side of the story, than what Shawn was outlining. Either way, it is clear that there is no love lost between these two.

10 Best Back Exercises for Building Muscle Strength and Size