Watch the elite Strongman competitor deadlift 450kg to get the victory! 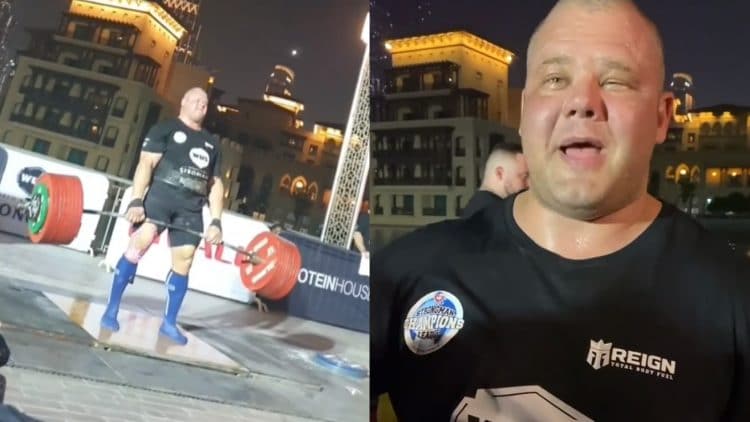 Just a day before the exciting World’s Ultimate Strongman competition begins on October 25, in Dubai; the World’s Ultimate Deadlift competition took place with Rauno Heinla from Estonia prevailing victorious over a tough lineup with a 450kg/992lb deadlift. And boy… did he make it look easy!

This was a well-deserved win for Heinla and it was apparent he could have pulled even more weight. And hopefully, this is a preview of big things to come from the Estonian.

The World’s Ultimate Strongman main show starts at 3 P.M. Gulf Standard Time which will be streamed live on https://www.worldsultimatestrongman.com/livestream.

Prediction and preview of the competition.

And here are the confirmed events:

Hafthor Bjornsson was the inaugural World’s Ultimate Strongman champion last year. But he’s already said that he’ll not be participating this year. Plus, the 2019 World’s Strongest Man winner Martins Licis had to pull out due to recovering from an injury.

So, it’ll be up to the rest of the competitors to put on a show and we’re expecting some big performances with a prize of $75,000.

But be sure to tune in as it’ll be an exhilarating event with many of the biggest names in Strongman. And we’ll be on top of the latest details after the conclusion of the competition.