Not everyone is cut out for competitive bodybuilding!

Pro Bodybuilding: There are literally thousands of men from all over the world who dream of becoming the next Mr. Olympia (Or just being a successful bodybuilder) but the truth is… it just ain’t happening!

And we’re not saying this to be a “negative nancy” but you really have to know what you’re working with before you waste your precious time; which could be spent on developing your real strengths and talents…

But before you hang up your posing trunks, there are many factors which will determine if you’re right for the sport… or not!

So, let’s discuss 5 reasons to think twice about competitive bodybuilding…

Ok, so anyone can compete regardless of genetics but the chances of you reaching the pinnacle of the sport (These days especially) or being a household name is slim to none.

Now, that doesn’t mean you should stop training as you should always strive to be your best and outside of bodybuilding no one really cares about your genetics as long as you’re in shape.

However, the sport of bodybuilding doesn’t quite work in favor of the genetically cursed…

Ok, maybe that was a little harsh… but if you have short muscles bellies in comparison to your tendon lengths, you’re just not going to have the same visual appeal as someone with longer and fuller muscle bellies. Plus, a smaller muscle to tendon ratio means a smaller muscle overall as the muscle size and strength is relative to the cross-sectional size of a muscle. (1)

Your proportions will also be thrown off and this is evident when viewed by anyone who knows how to judge a physique.

But, some bodybuilders have a mix of both short and long muscle bellies… and they might still reach the very top of the sport. For example, Ronnie Coleman didn’t have the best midsection, calves or triceps (They were rather flat from the side and attached high up on his arms) but his physique as a whole was mind-blowing.

However, if you have bad insertions (Which create less attractive body parts) all over and it’s very noticeable, then the judges will see it this way (And so will everyone else). There’s no looking past this aspect of competing because aesthetics are highly dependent on muscle flow and symmetry.

You don’t necessarily have to be Phil Heath to stand out but good genetics go a very long way in the sport of bodybuilding. 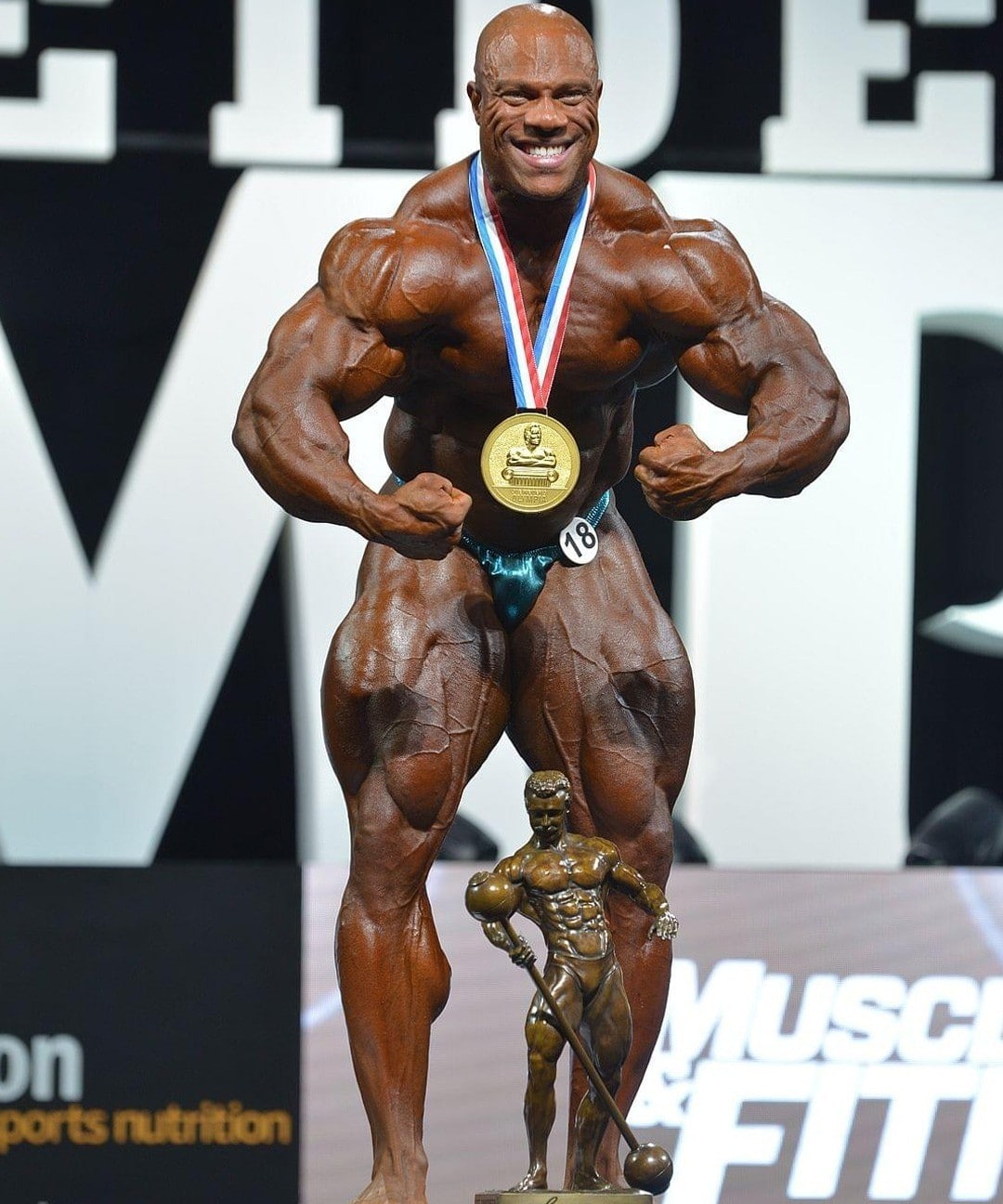 So with that being said, a small waist plus full, symmetrical muscles/body parts, and excellent conditioning wins the show 9 times out of 10.

But muscle size is also a factor when it comes to genetics and bodybuilding is largely about size and symmetry. If you’re not big and symmetrical then you can pretty much forget about winning any competitions.

This is just a part of the sport that cannot be looked over up since judging is based on balance and good body parts which work together in combination with perfect conditioning to form a great physique. And regardless of how much you train a muscle, it may never catch up… that’s genetics for you! (2, 3, 4)

Have you ever seen a Mr. Olympia winner covered in tattoos? The answer is absolutely not! In fact, most Olympias had no tattoos and maybe a few had ones which were barely visible or insignificant.

And why is this?

It’s rather simple really!… You cover up a lot of definition, muscle insertions, symmetry is hard to gauge, and it could be argued that tattoos do not fit well in a prestigious competition such as the ones at the higher levels of competitive bodybuilding. 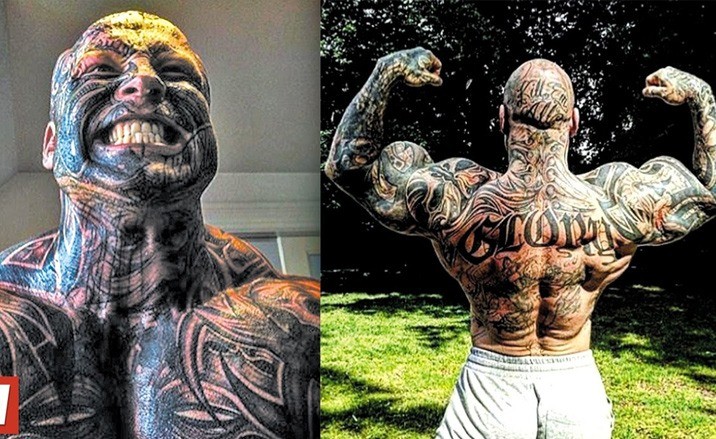 Now, amateur bodybuilding events may not be as big of a deal but when you get to the big leagues, there’s been an obvious pattern of athletes having little to no tattoos, and this goes for all divisions.

But another issue would be the type of tattoos you have. Some bodybuilders get tattoos which would be clearly offensive and how would this go over with the judges? Well, it’s likely you won’t be chosen as an ambassador for the sport.

Bad choices affect us over the long haul and it’s something to think about if you’ll be competing and displaying your tattoos for the world to see.

3-You Hate The Process

Bodybuilding is one of the most grueling lifestyles in existence. So, if you don’t at least enjoy it, or you think about giving up every time you have to force feed yourself every 2 hours… then you might want to think about doing something else.

Bodybuilding isn’t for everyone and everyone isn’t cut out for bodybuilding.

But if you do have the willpower to train and eat likes it’s a full-time job… then congratulations! You’re ahead of most people who attempt this lifestyle.

But don’t forget about the posing, dieting down, frequent competing, plus grinding day in and out… yeah, it’s not so appealing anymore. There’s a lot of fierce competition out there and you have to be willing to accept this and fight no matter what!

4-You Don’t Have a Backup Plan

We’d agree that you should never give up on your dreams but the truth is there are no promises in life ever. And unfortunately, bodybuilding is a sport based on physical appearance.

So, what is that supposed to mean?

It means you can work your butt off and never make it very far in competitive bodybuilding if you don’t have top-tier genetics and god-like work ethic.

Now, if you keep up with bodybuilding you’d know that the top spots are reserved only for a select few men in the world and it’s been this way since the beginning.

And to take it a step further, there are only a few men who make a living from competitive bodybuilding. Like very, very few!

So, thinking about a career outside of bodybuilding is a very smart idea while trying to work your way up in the sport.

The life of a competitive bodybuilder is not for the faint of heart, as it’s a tough road to follow physically and mentally. 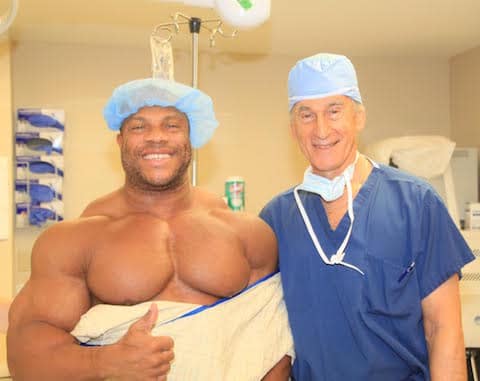 Now, yes physical fitness is recommended for everyone to keep healthy and fit but when you consider the intense training, diet, and the mental strength it takes to be great; well… you better make sure you have a clean bill of health.

People with heart issues, breathing problems, nutritional deficiencies or any other physical abnormalities should not be involved in the intense lifestyle required of a bodybuilder. However, an exercise, in general, is still healthy and recommended. (5, 6, 7)

We want to make it clear that this article is not to discourage anyone from competing… but these are real factors to consider before investing a lot of time in the hopes of stepping on stage.

Now, if it’s always been your dream to compete and nothing can convince you otherwise, then you should do it for your own satisfaction and that is a great reason to do it.

But, just know that there are a few things that may not work in your favor, especially if any of these five potential determining factors apply to your situation. If you’re serious about bodybuilding, be smart about it and do your best to position yourself for the highest possible chances of success.

Which is Better Overall: White Potatoes or Sweet Potatoes?