Rheta West discusses what it was like to set powerlifting world records, and why she decided to make the transition to bodybuilding 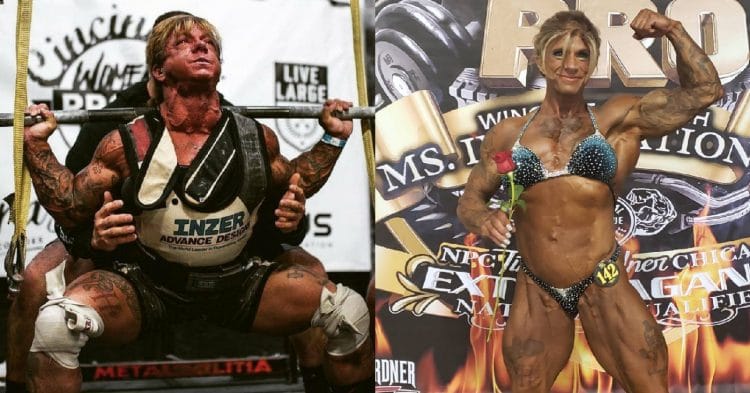 For many years, Rheta West completely wrecked the powerlifting world with her unreal strength. Now she has made the move to bodybuilding, and is likely the strongest female bodybuilder in the world.

For more than a decade, West has been one of the most fearsome women powerlifting in both the 148lb and 165lb weight classes. Over the course of her career in the sport, she has set nine world records between the two divisions. Even to this day, two of those records still stand in the 148lb division, both for her squat and equipped total.

Some of the other impressive numbers that West hit in the squat was a raw 535lb, while weighing 145lb, and a 700lb squat in wraps while weighing 165lb. Speaking recently in an interview, she explained that both of these times she could have gone heavier than this weight. She also detailed how powerlifting came naturally to her and that it only took her a few years to start shattering records.

“I broke my first all time historical record at five years in,” West said. “I started rising up in the ranks really fast. I was about two or three years in before I was in the top five in the world. So I kind of got up there fast, but it took five years to actually break that top.

“I wish I had more attempts (after the 535lb squat). I could have gone higher,” West continued. “(The 700lb squat) was at 165. It was funny because their monolith was too tall for me. So I literally had to shrug on the bar, and then they helped pick it up so they could move the hooks, and then set it on my shoulders…The tighter you are the lighter it feels. I was pretty good at staying tight back then.”

Nowadays Rheta West still enjoys powerlifting, but she owns a gym and has decided to try her hand at bodybuilding. She has earned her IFBB Pro Card, and made her bodybuilding debut recently, at the 2020 IFBB Chicago Pro. Although she only scored 8th here, she is not giving up on bodybuilding, and hopes to compete in the Wings of Strength Rising Phoenix soon.

“Part of what attracts me to bodybuilding is the struggle because that’s what I’m really good at. I’m really good at suffering and coming through on top,” West said. “I want to do something early spring first. I know the Chicago Pro is usually in July and if it is (next year), that’s something I’m going to be looking at. I want to apply for an invite to the Rising Phoenix, but that one would be at the end of the year. Because they kind of carried women’s bodybuilding all that time when everyone turned their backs on it, I really feel strongly, I want to be a part of that.”

The bodybuilding career of Rheta West is still taking off, but if she takes the same approach to it as she did powerlifting, she will surely find success. Regardless, the strength that she has is off the charts, and makes her a unique addition to women’s bodybuilding.