In a few recent physique updates, Mr. Olympia Brandon Curry appears to be in phenomenal shape and ready to take on all comers 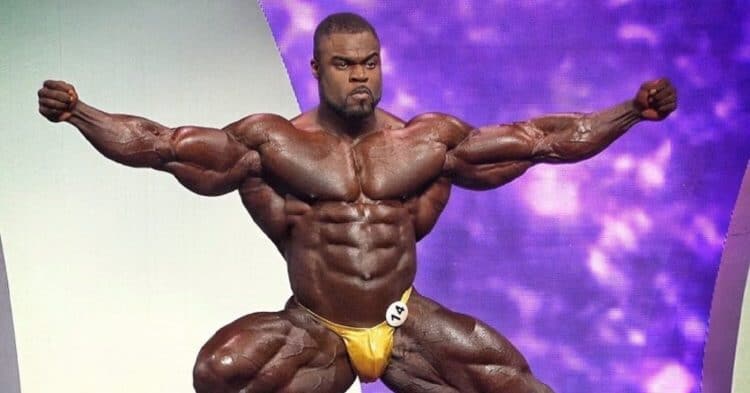 We are just four weeks away from the 2020 Mr. Olympia, and the athletes are dialing in their prep as the show rapidly approaches. With the event just around the corner, current champ Brandon Curry seems to be putting everything together in a big way.

There is a lot on the line for Curry at this year’s Olympia. Not only is he facing pressure from being the current champion, but he also is faced with the opportunity to validate his 2019 win. This year he will be going head-to-head with the legendary Phil Heath who is making his return and competing for the first time since 2018. If he is successful here, he will silence a lot of the critics who tried to make his Olympia win less significant than it is.

As the weeks tock away, we have actually been seeing quite a few physique updates from Brandon Curry. However one came out recently that has the bodybuilding community in a collective state of awe. Posting to his Instagram Stories, his coach Abdullah Al Otaibi shared a picture of the Olympia champ, dated from November 18th. Although this photo does not see Brandon posing, what has been catching people’s attention is the incredible details in his arms and shoulders.

The striations and vascularity throughout the arms of Brandon Curry are off the charts. It was already known that he has some of the best arms in the game, but this is a whole new level. These types of updates signal that his prep is coming together well and that he will be a big challenge to anybody else who is on stage with him.

This was not the only updates that Curry and his coach have been providing over the last few days. A few days earlier, Brandon posted this update that seems to be from a similar point of view of the more recent update. Yet here you can compare the two photos, and see the differences that only a couple of weeks have made for his arms. The vascularity is still absolutely insane, but there is a clear change in the definition and graininess of his shoulders.

Time will tell if Brandon Curry is able to retain his title at the 2020 Mr. Olympia. Regardless of the outcome though, you can not make the claim that he is not giving it his all. The work has been put in, and he is preparing the most complete package possible for this contest.