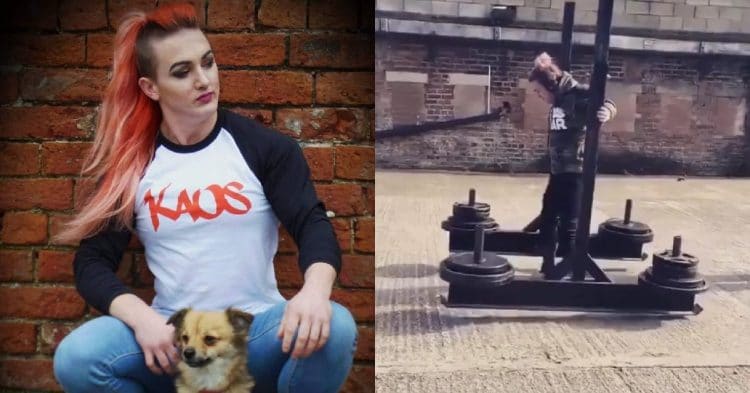 Rhianon Lovelace is already considered to be one of the best strongwoman competitors on the planet. However that does not stop her from constantly improving, and reaching new milestones.

Lovelace is an extremely athletic competitor, having won the 2018 World’s Strongest Woman contest. Not only that, but she is also a very solid powerlifter, finding a ton of success there as well. In fact, just a few months ago, she came back to the powerlifting stage, setting records along the way. There is no doubt that she is one of the strongest people at her weight, regardless of gender.

Despite her recent efforts in the powerlifting scene, Rhianon Lovelace has not given up her strongwoman training. Far from it in fact, as she showed with a recent Instagram video. The footage shows her working on her yoke carry, an event common at strongwoman competitions. This time, she managed to hit a 300kg (660lb) yoke, which was a first for her.

Only 5m, but really happy with this, actually started picking up some decent speed right before the end and just generally surprised how easy the pick up was.

This is not the only crazy workout that Lovelace has been doing. Just a few days prior, she was working on her Atlas Stone lifting. During this session she came super close to the British record, by hoisting a 120kg (264lb) stone. Then she followed it up with a 110kg (242lb) double.

Rhianon Lovelace has been doing some seriously impressive things in training recently. It will be quite exciting to see how she looks when she returns to strongwoman competition. Although if the training sessions are any indication, she will be looking stronger than ever when that day comes.