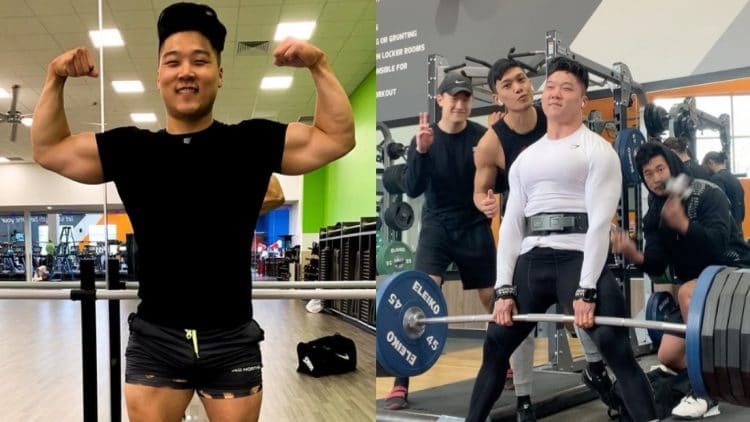 Rich Yun likes to go by the nickname of the Korean Hulk. He certainly earned that moniker when he smashed a massive deadlift in the gym recently.

Yun is a 24 year old powerlifter, residing out of Pennsylvania. Although he has not competed since 2018, his last two meets were really starting to display his promise. He went 9/9 in both of those performances, earning first place victories each time. Moreover, this young athlete has captured many records in the state, for his lifting prowess, making him yet another exciting powerlifting prospect.

Despite the fact that he has not competed in over a year, Yun has not been out of the gym. A recent video to his Instagram page shows exactly what kind of work he is doing. The clip shows him working through a giant 660lb deadlift for two reps. However he did not stop there, instead pausing on the second rep showing that he has not lost any strength since taking a break from competition.

It is quite entertaining to watch Yun pause on the second rep, and smirk at the camera. All the while, his friend are behind him, striking poses. Having a good group of friends in your corner can help motivate you to get through those really tough training sessions in the gym. Not to mention, it was just impressive to see him hit this hefty lift.

Considering the fact that this double was just 12lb heavier than the heaviest deadlift Rich Yun has completed in competition, it shows how hard he has been working. It will be interesting to see him get back to competition. He has had a good start to his young career, and seems to be turning a corner, at least in terms of training.

BREAKING: The Olympia Has Been Sold By American Media LLC