Avoid these if you don't want a bad reputation at your powerlifting gym!

Every now and then, you’ll get that inconsiderate lifter in your powerlifting gym who just doesn’t seem to acknowledge that other people use the same space too. But we can’t sit here and say that all offenders purposely intend to break etiquette as there are individuals new to the gym (although some of the regulars just never get it) who have yet to fully learn the things which may be frowned upon.

So, this article will go over the common sins committed in gyms which should help the beginners to avoid them while also sending a message to repeat offenders to let them know that it’s just not ok. Any gym is supposed to be a place where people can comfortably work on improving themselves while getting away from the stresses and craziness of the world.

And if you’re a member then you need to be observant and considerate of your fellow lifters.

Also, check out our 10 gym habits you need to quit doing.

Here are 14 things to never do in a powerlifting gym…

1. Use a Bar Without Knowing Its Purpose

Not all bars are created equally so be mindful of this. You don’t want to bench or squat with a deadlift bar for example and there are bars of different quality which should not be used with chains or for other things. So be sure to ask someone who works there (or someone else who doesn’t look like they’re too busy) to explain which bar is for which purpose as there are usually many different bars.

2. Get Too Close To Someone Lifting

Keep a few feet away from anyone who is lifting heavy weight or any weight for that matter. Be observant and aware of the space around you because accidents can and do happen, and you don’t want to be the cause. Not keeping your distance is also a good way to get yelled at.

Some people like to talk… and others really like to talk which is ok because we’re all different. But understand that many people in the gym are trying to get in their workout so that they can leave and carry on with the rest of their day. Not everyone wants too or has the time to talk for an hour between exercises but sometimes the person being held hostage doesn’t want to come off as rude by cutting that person off or telling them that they’d prefer to train without interruption.

So… if you’re the chatterbox in this case (again, nothing wrong with that) pay attention to the person’s body language. Do they seem genuinely interested in having a long and frequent conversation (in this case, chat away), or do they keep looking at the equipment and making body movements which signals that they’d like to get back to whatever they were doing? 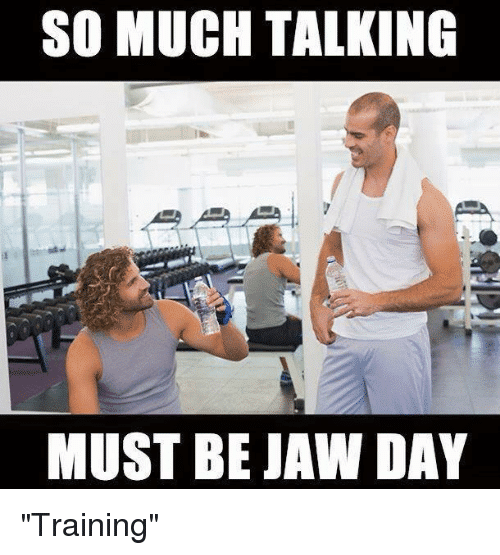 But at the same time, if you’re the person who doesn’t want to talk, then just say something like… well, I better get back to my workout now, it was nice chatting.

4. Complain If Someone Is Taking A Little Longer Between Sets

It’s a powerlifting gym and powerlifting usually involves longer rest periods since the focus tends to be on strength. So, with that being said, don’t complain and if anything you can probably even ask to work in if you can hang with the person lifting as it’d be annoying to take off and put back the weights depending on the strength differences.

But in many cases, there should be several different areas open with the equipment you need.

5. Walk-In Front of Someone During Their Set

Is it really too much to ask?… If you see someone who is noticeably using a mirror to ensure they’re maintaining proper form then the polite thing to do would be to walk around. It doesn’t matter if you walk by fast it’s just good etiquette not to do it.

6. Leave Your Weights On The Equipment/ Not Rerack

This one might even be worse than not wiping down your equipment after use (also on our list) and it’s one of the biggest ways to show a lack of respect for the other people in the gym. No one wants to unload 10 plates on a barbell or go searching for dumbbells across the gym.

Can it just be that they weren’t taught this when they first started lifting?… maybe these people think that others won’t mind putting their weights back or they just can’t be bothered to do it themselves…

Surely though, everyone has seen the signs in pretty much every gym that requests all gym-goers put their weights back whether plates or dumbbells and from experience we know that in many gyms, the front staff makes this known when someone signs up. 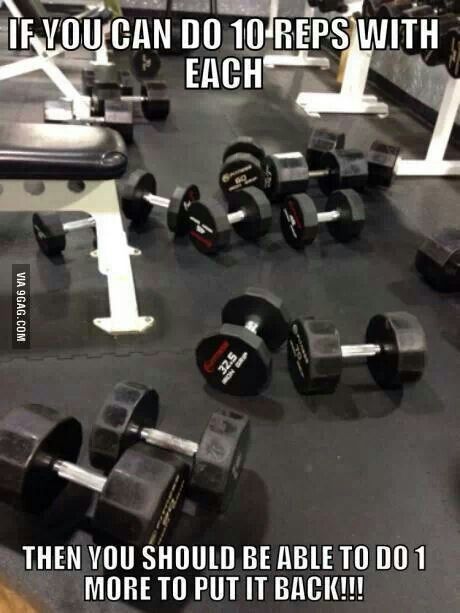 Don’t be that person who leaves the weight on the equipment because this is not only very rude and inconsiderate but who wants to be exhausted before they even begin their set.

Every gym has that one guy who feels the need to correct everyone’s form. Although, every now and then it may be warranted because you never want to see anyone get hurt doing reckless movements. But many times, the one handing out tips isn’t an expert and is just trying to give out advice based on bro-science which is really annoying, to be quite honest.

Sensible advice is always good under the right circumstances but don’t go around trying to correct everyone’s form as you may not even be familiar with the exercise or the modification that someone is trying out. 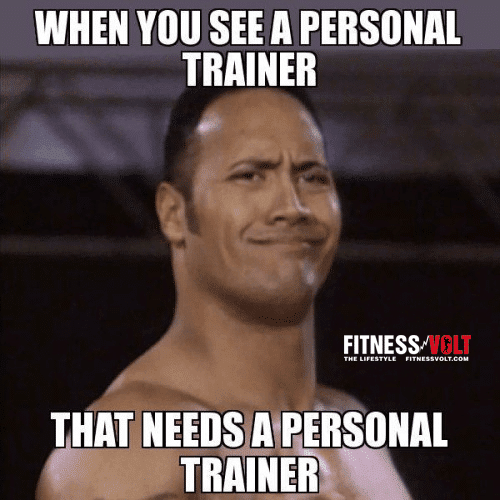 8. Be Extra Loud and Obnoxious

It’s understandable that a powerlifting gym is going to have some grunting, yelling, etc which is even necessary sometimes and typical when someone achieves a new pr. So, no need to complain about the noise either as that’ll probably not make you very popular either. But be reasonable as there are other people training at the same gym too as we all know there are those that seem to take craziness to the next level.

9. Flirt With Someone At The Wrong Time And Persisting Even When They’re Obviously Not Interested.

Any gym can be a great place to meet new people, make new friends, and even find ‘the one’. But there’s definitely a right and wrong way to do this.

Don’t walk up to a guy or gal who has their headphones on while they’re obviously focused on training displaying no signs of wanting to talk to anyone. If the opportunity presents itself, be subtle about it and don’t seem desperate, pushy, creepy, and definitely don’t try to be hands-on if they ask you for help.

Be friendly and if you happen to be in a situation where a girl or guy reciprocates, then there’s nothing wrong with getting to know someone. But if they’re obviously not interested then let them be. 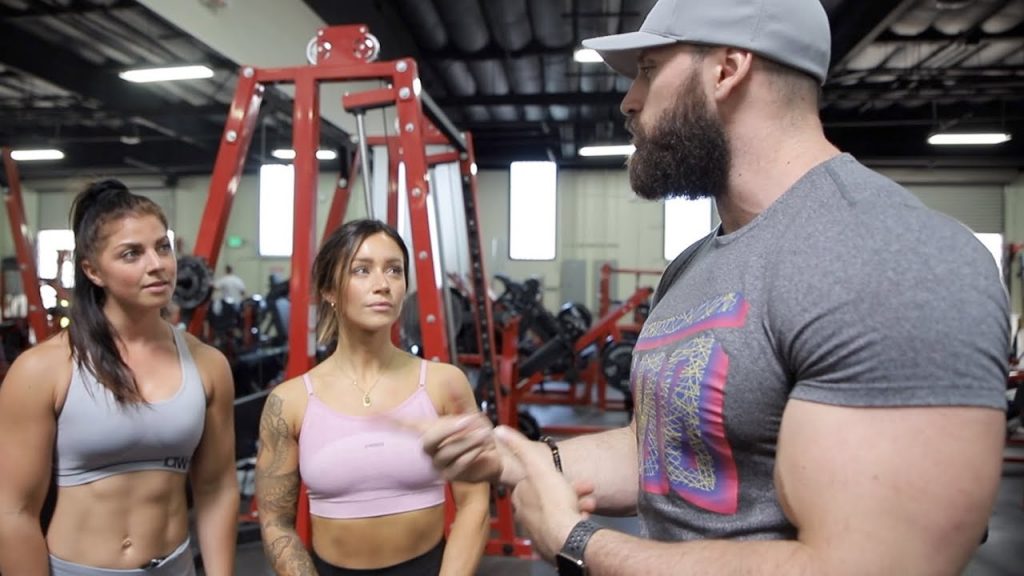 Plus, there are plenty more fish in the sea!

Whether it’s bad breath that would make anyone nauseous, body funk that makes you smell like you reside in an onion patch, or lifting gear that you haven’t cleaned in forever, the people around you and those who you socialize with on a daily basis are going to notice. So please, don’t be oblivious to the fact that your hygiene is an inconvenience to everyone around you.

Spare the nose hairs of the people training at the gym by making sure to brush, floss, gargle, and shower every day. Apply deodorant and maybe even one or two sprits of cologne (don’t overdo it as this isn’t pleasant either). 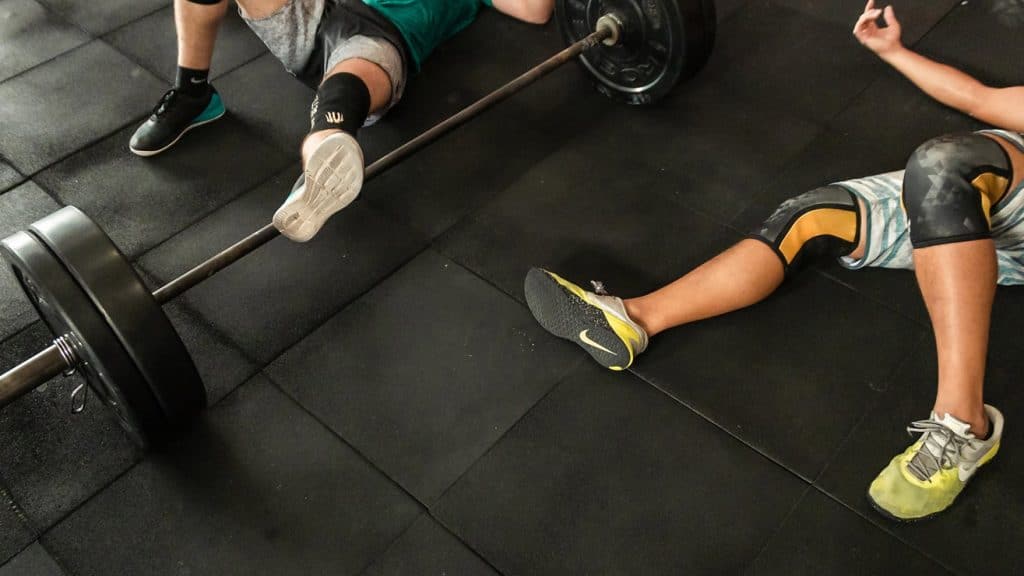 Don’t wear the same clothes more than once without washing (unless you absolutely know you’re not the type to never stink) especially if you sweat a ton, and keep your gear (especially knee sleeves) clean and smelling fresh.

11. Be Too Sloppy With Chalk

It won’t kill you to give the bar a quick wipe if you got chalk all over or to keep the chalk somewhat contained but it’s understandable that there will be chalk on the bars and on the floor which isn’t a big deal and pretty normal in fact. Now, blood, that’s a different story.

12. Leave Your Stank Sweat/Germs On The Equipment

This is a no-brainer and one rule in every etiquette article.

But… you know that guy or girl who just walks away from a piece of equipment after using it, and you think to yourself… Ummm, aren’t you going to wipe that down? (most times they never do).

Well, woohoo, hello…  other people have to use that equipment too and who wants someone else’s sweat and germs on their clothes when they get in their car to drive home and then lie down on the couch. Now yes, it’s a good idea to wipe equipment before you use it but it’s common etiquette to clean up after yourself whether you’re in a gym or anywhere else for that matter.

And yes, most individuals do know that they are supposed to wipe the equipment down. Like seriously, how could they not with all the stations around that have cleaning supplies and signs that say something along the lines of… “please wipe down equipment after use”. So, make the effort as it’s the right thing to do.

This should always be among the most important rules for gym etiquette. As annoying as it is to see someone’s stuff on a machine or bench while they are nowhere in sight for a good while, leave it where it is and wait until the person comes back to ask them how many more sets they have or maybe you can even ask to work in.

How would you like if someone moved your stuff and started using the equipment you were planning to use? You probably wouldn’t be too happy. Sometimes it’s easy to let emotions get the best of us when it comes to certain things like this especially but in this case, it’s best to be cordial and do it the right way.

But being rude in any form is unacceptable and there’s a difference between standing up for yourself and just being rude. As mentioned previously, the gym is a place to get away and let loose. It should also be a place to encourage and even offer help to others who are on the same path as you.

So, no matter how bad someone’s actions may tick you off, understand that you should be an example no matter the circumstance, and your attitude should reflect the discipline and self-control that you have, to be able to do what you do in the weight room. 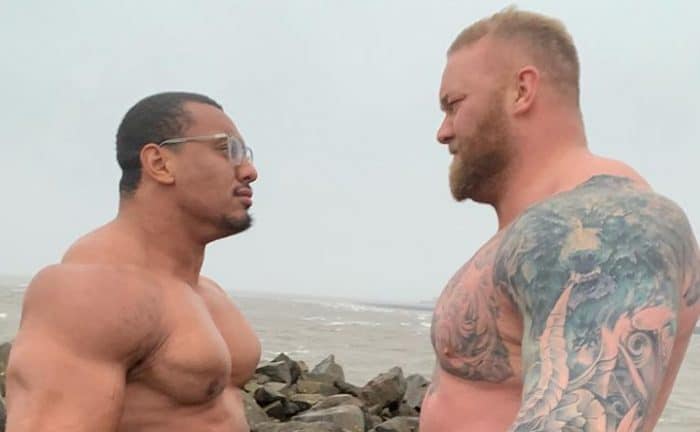 Don’t walk over someone else’s bar and don’t sit on them as this sort of thing can be frowned upon by many gym-goers and it’s a good way to get chewed out. It’s just proper etiquette!

We hope you liked our list of 14 things to never do in a powerlifting gym. Many of these are serious pet peeves for a lot of people including us. But hey… don’t take them too seriously because at the end of the day you can only have so much control over the interesting things we experience on a daily basis.

Let us know what your biggest gym pet peeves are…

How To Watch 2021 World’s Ultimate Strongman: Event Preview, And More