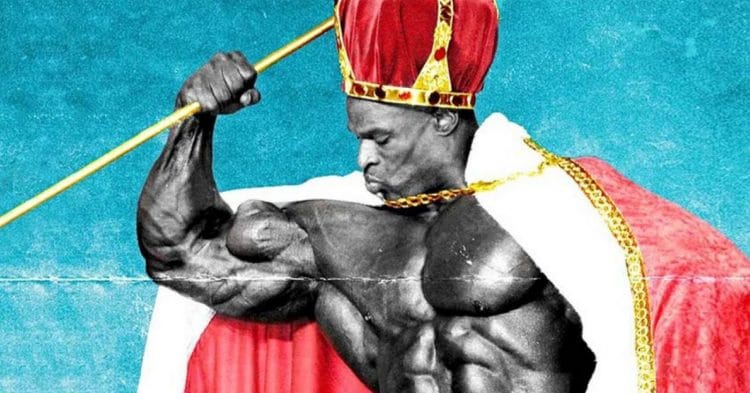 In the eyes of many, Ronnie Coleman is the greatest bodybuilder of all time. However he will be the first to tell you that this may not have happened without the help of his trainer, Chad Nicholls.

Coleman is an 8x time winner of the Mr. Olympia, tied for the most victories in this contest ever. However things were not always that way, as prior to his first Olympia win in 1998, his best showing to date was 6th place in 1996, even coming in 9th place the year before going on his insane run.

The difference, as he explained in a recent episode of his podcast, was working with Chad Nicholls. He and the longtime bodybuilding trainer explained that they were introduced to each other through Flex Lewis, and began to work on building a solid physique.

In fact, Chad recalled the exact moment that he knew Ronnie Coleman was going to win the Olympia. He said it was just a few weeks out of the show, when he received pictures from Ronnie of his physique, and upon seeing those and showing them to a few people, everyone agreed that nobody could stop the future legend.

“This was back in the day where you had to send pictures. So Ronnie would take pictures on Monday, overnight them to me, I would get them every Tuesday, it was like clockwork,” Nicholls said.

“I remember talking to, like me and Tom Prince were really good friends at the time, and they were asking ‘How’s Flex looking?’ and this was right before we started the diet for the Mr. Olympia… that was because he was kind of the heir apparent. Dorian wasn’t going to be there that year, so everybody thought he was going to win, and they thought maybe it was going to be a little bit of a battle between he and Nasser (El Sonbaty).

“So they were like ‘How’s Flex looking, how’s Nasser looking?’ and I’m like ‘They both look really good, but man I’m telling you, Ronnie looks crazy right now,'” Nicholls continued.

Chad went on to say that they did not really buy into it at first, until he decided to share the recent photos that Ronnie sent him. From there, they all knew that Ronnie was going to be unstoppable on the Olympia stage.

“This was about four weeks out from the Olympia. I had literally just picked up pictures from my PO Box and I was headed to the airport to pick these guys up. I had just received the pictures, it was four weeks out, and that was the point I realized that nobody was going to beat Ronnie that year,” Nicholls explained.

“I got these pictures, and we’re talking and stuff, and I go ‘Hey man, I’m going to let you look at these, but you’ve gotta keep it on the down low. You’ve gotta keep these hush-hush.’

“I show these, and they just kept passing them back and forth and Tom goes ‘Dude, does anybody know what he looks like?’ and I go ‘No, nobody knows what he looks like.'” Nicholls continued. “And he goes ‘You realize nobody’s going to beat him? They’re going to s—t when they see him!’ and I’m like ‘Yeah I know dude, it’s going to be crazy.'”

From there, Chad Nicholls and Ronnie Coleman discussed how different things were back then, where trainers had to wait to get pictures, and only get them once a week from bodybuilders. The challenges for coaches to time everything properly for their athletes made it more interesting.

“You had to literally be on the ball a hundred percent. There was literally no room for error. If we messed up something, it took another 24 hours to get the pictures, to see if we needed to make more changes. So you had to be very repetitive and right on the money,” Nicholls said.

“Yeah, we were on the phone a lot, almost every day or every other day, something like that,” Coleman added.

That being said, there was still a matter of what caused the massive change in Ronnie’s physique, to go from ninth place at the Olympia one year, to winning the show the next. Chad explained that it all came down to increasing the amount of food that Ronnie ate.

“We definitely ate more food. Everything was obviously very consistent, very structured in the off season. Ronnie was doing everything pretty good, but we became like a machine in the off season. It was very repetitive but the food amounts went up drastically. That’s the one key that I remember,” Nicholls said.

“Yeah he pretty much changed everything that I was doing, basically,” Coleman added. “Everything except for my workouts. He increased my cardio, I was only doing like an hour a day. I went from an hour to two hours. I went from eating like 10oz of chicken and steak, turkey, to like 16oz. And it was the hardest thing I ever did in my whole entire life. I’m sitting there eating all this food, and I’m like man, I can’t get this down.”

Coleman said that he had to slowly increase the amount of food he ate, in order to avoid intestinal issues and to adapt to this diet. He slowly got used to it over the course of about two months.

“The thing is too, even when we got to that point, we just had to keep adjusting stuff because Ronnie just kept getting bigger. The bigger he got, the more food his body demanded,” Nicholls said.

Obviously this decision worked out for Ronnie Coleman, as he went on to become the king of bodybuilding under the tutelage of Chad Nicholls. Because of that, he will go down in history as one of the greatest to ever do it.