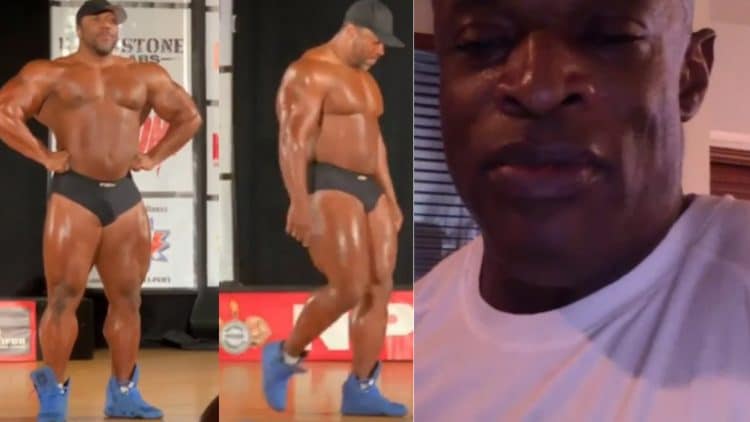 In an MD exclusive interview on an episode of the Ronline Report, eight-time Mr. Olympia Ronnie Coleman gave his take on the whole Shawn Rhoden guest posing appearance at the 2019 Pittsburgh Pro. Rhoden showed up looking oversized and not in great shape and many people were speaking out criticizing 2018, Mr. Olympia.

But when Coleman was asked if he himself used to diet for the Pittsburgh Pro, his answer was… “I was always out of shape”. But, the difference was that Ronnie Coleman still looked freaky and even if he was in the offseason.

Coleman goes on to explain how back in his days of competing guest posing was essentially irrelevant and no one really cared that much. But then he says times have changed with all of the social media and everything gets posted online pretty much immediately.

“Back in those days, nobody judged nobody by how you looked at a guest posing. We didn’t have that social media either”.

Ronnie Coleman then said anyone representing the sport should always be ready especially if a lot of people are going to be watching. But on the other hand, he doesn’t quite see what all the big fuss is about as the Olympia isn’t for another four months or so and at least Rhoden showed up to the guest posing event.

Check out the interview below:

He explained that an invite would be well deserved…

“He’s worthy, he got second what, a couple times”?

Now, Dave Palumbo interviewed Chief Olympia Officer Dan Solomon not long ago and Solomon said that the offer is on the table for Kai Greene if he wants to return. But, to conflict with that interview, Bob Cicherillo told Global Muscle Radio that there was no special invite for Kai Greene.

And now everyone is wondering what the deal is with this story. But, we’ll only know the definite answer as time progresses and if Kai Greene actually does return to the Olympia stage this year.