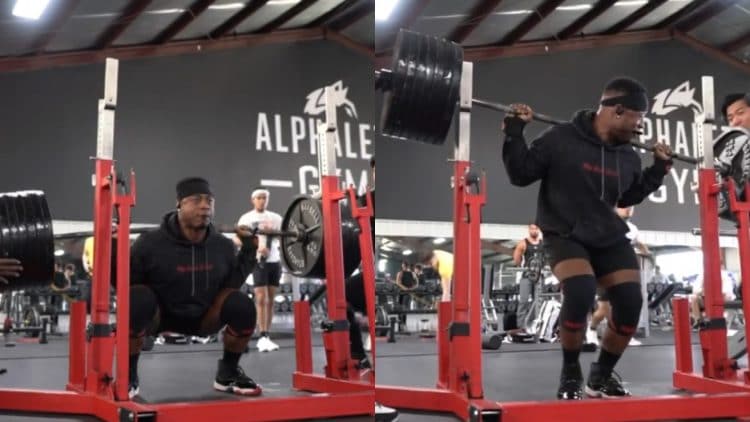 Accidents in the gym happen more than people would like. Powerlifter Russel Orhii was almost on the receiving end of one such situation.

Orhii is one of the best 183lb powerlifters in the world. He has won nearly every single meet that he has competed in, dating back to his start in 2015. In addition to that, he has won the USAPL Raw Nationals multiple times, including in the 2019 contest. As such, he has firmly established himself as one of the top athletes in the sport.

However, just because Orhii is extremely talented and powerful, does not mean he is invincible. It also does not mean that he is not susceptible to having an accident in the gym. As a recent Instagram post shows, he came very close to having such an incident happen to him. The footage shows him hitting a hefty squat, before having trouble re-racking the weight. It was almost a disaster.

Orhii was just finished squatting over 700lb, when he tried to put the weight back. However, the left side of the weights began to dip before his spotters could secure it. Luckily someone else came over and helped put the fallen side back in, and Russel escaped without issue. Although if that did not happen, this situation could have been a lot worse, perhaps even resulting in serious injury.

Nevertheless, all is well that ends well, for Russel Orhii. Close calls aside, he looked absolutely incredible hitting the squat. This is heavier than anything he has squatted in competition so far, but he managed to still get a really strong depth. Therefore, it will be exciting to see him bring this level of growth to the stage in 2020.

How To Stop Being Skinny Fat and Put On Lean Muscle