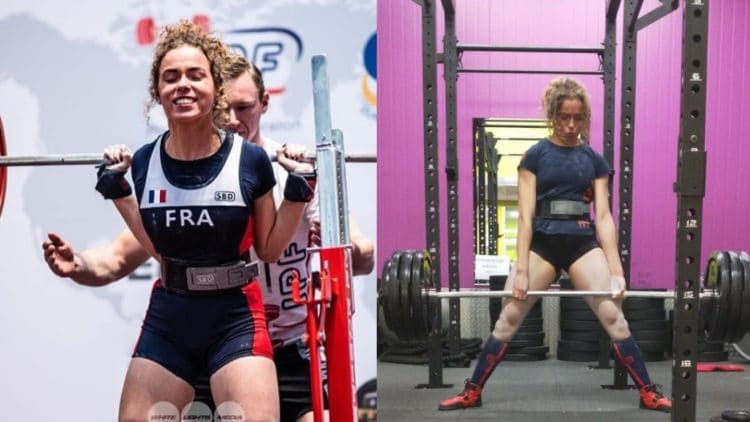 Samantha Eugenie is the powerlifting world’s hottest new prospect. She continues to impress with a massive deadlift double, for a new personal record.

Eugenie is a 17 year old powerlifter from France. She has been making waves in the community for her impressive lifts, despite her age. She has competed in multiple events across Europe, having success all along the way. Moreover, she even set the world record in the -63kg division, hitting a massive 160kg squat.

However, Samantha Eugenie does not just impress in competion. She also has been doing some really strong work in the gym. This continued recently, with an Instagram post that she uploaded. In the video, she hits a massive 441lb/200kg deadlift for a double. It was really quite incredible.

Eugenie crushed the first rep like it was nothing. Although she did struggle pretty hard on the second rep, she still managed to hit it. Afterwards, she could hardly contain her excitement, cheering and jumping. This is understandable, considering this was a new personal record for her, as she mentioned.

Eugenie has not revealed when she will be competing next, or at what meet. However, wherever it is, she will certainly draw the attention of those who have been keeping an eye on her recent work. She has finally started to garner some attention in the United States for the impressive stuff she has been doing in Europe, so there are sure to be eyes on her moving forward.

Samantha Eugenie continues to be one of the most impressive, and promising female powerlifters in the world. It is going to be exciting to see how 2020 plays out, after some big lifts in the gym. She genuinely seems to love it when she hits a new PR, so it only seems likely that she will continue to get better.