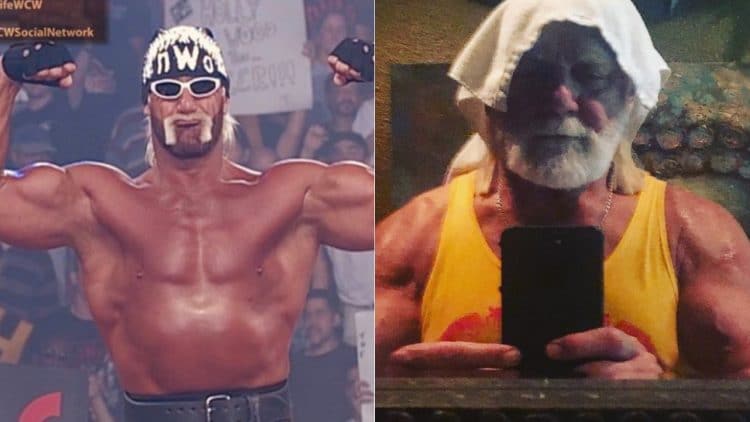 There is a rumor going around that Hulk Hogan could be competing at this year’s Wrestlemania event. If that is true, he looks absolutely ripped in preparation for it.

Hogan has not competed in pro wrestling in several years. Despite that, he has still maintained an active part of the wrestling world. He had one of the most long, and storied careers in pro wrestling, and has been considered a fan favorite for that reason. Furthermore, he had several stints in the WWE, as well as Impact! and other wrestling organizations, and has been inducted into the WWE Hall of Fame.

Even though Hogan has not competed in a long time, it would appear that he may be making one more return to the ring. It was recently announced that the New World Order, a group founded by him, will be inducted into the WWE Hall of Fame. As a result, he will become a two-time inductee, when he attends the ceremony.

Subsequently, this began rumors that Hulk Hogan could be competing at Wrestlemania, after the induction ceremony. These rumors began to amp up, after an Instagram post showed him after a recent training session, looking unbelievably ripped. At age 66, and recovering from his tenth back surgery, he looks completely ready to make a return to action.

“They said 4 months light weight then 6 months I could train slowly again after back surgery number 10,” Hogan said in the post. “Buuuttt at 7 weeks 4days my MANIACS can see I’m on the grind with my pizump on brother! I mean PLIZEASE Wrestlemania is right around the corner Brother!”

Another reason why people think Hogan may be returning to action at Wrestlemania, is that he has expressed interest in having one last run in the WWE. Both he, and Vince McMahon have discussed the fact that his last match was in a different organization, and how that did not sit right with either party.

This, combined with the fact that Hulk Hogan is looking super swole, makes it seem possible that he could step in the ring one more time. At the age of 66, that would be an unbelievable feat, but he looks up to the task.