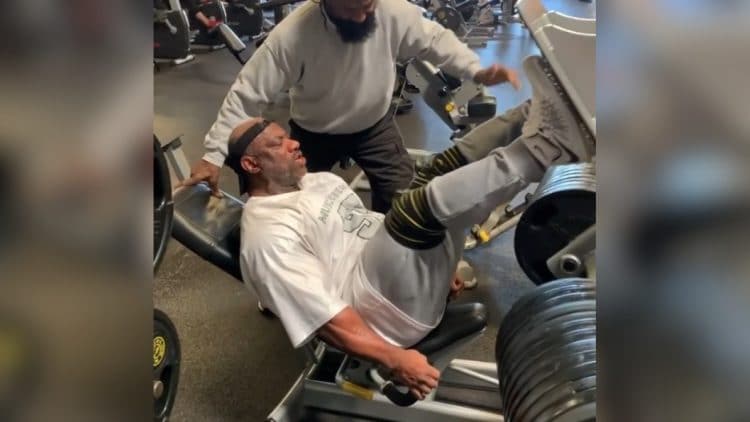 Dexter Jackson is looking to make a big statement when he takes the stage at the 2020 Arnold Classic. Ahead of the event, he has been putting in some serious work, and looks massive.

Jackson recently explained that he was not originally Intending to compete at the Arnold Classic Ohio event. Typically, he prefers taking a break between his contests, and he had a busy 2019. Nevertheless, when he had his name put on the official list of competitors, he ultimately decided to take part in the event. After all, it’s a great showcase, which will give him the opportunity to take the stage with some tough competition.

Despite the fact that he was not originally Intending to take part in the contest, Jackson has wasted no time getting ready for the event. He has already shown some of the hard work he has been doing, but he shows no signs of slowing down. At age 50, he continues to look like a beast, absolutely defying his age.

Dexter Jackson continues looking incredible, in a recent update to his Instagram. The video posted, shows The Blade hitting the leg press for a hard session. Although it’s not explained how much he is lifting, the machine is all the way full of plates. Nevertheless, he is crushing it, making it look easy.

Check out the lift from Jackson:

Jackson is seen here, working alongside his trainer Charlie Glass. The two are getting in some serious training, and he is beginning to look competition ready. On the other hand, he still has work to do, along with some time to do it in.

The 2020 Arnold Classic goes down this March, in Columbus, Ohio. Dexter Jackson will be looking to capture his sixth victory at the event. With work like this, it seems like he is going to be prepared to give it his best shot.

6 Tips For A More Commanding Physique