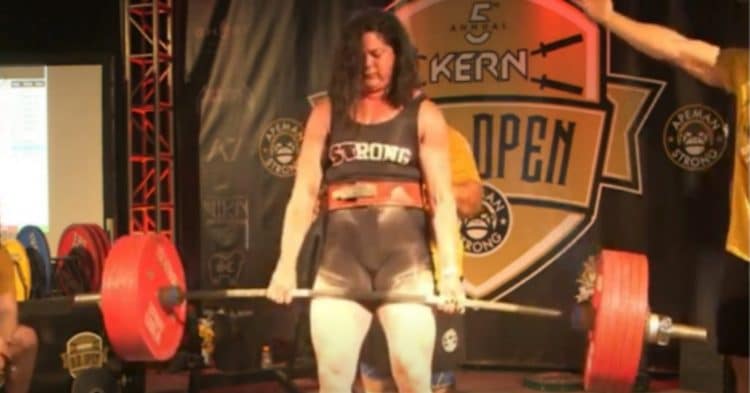 The 2021 Kern US Open has been a record-setting event, as powerlifters competed to reach a new personal best. Some were successful, some weren’t, that’s what the competitions are there for. Powerlifter Sara Schiff competed in the +90kg weight class raw with wraps. Schiff’s most successful deadlift was 287kg/632.7lbs, which was a new record

Here are her stats for the event:

The record-setting deadlift was Schiff’s final attempt in the competition. Her first attempt was 265kg/584lb. Attempt two clocked in at 277.5kg/611lb. The third attempt and final lift for Sara Schiff was her second lift over 600 pounds.

Schiff used the conventional stance for the lift and lowered the barbell to the floor. On that lift, she has scored two white lights and one red. When two whites are scored, the lift is counted under powerlifting rules.

For her squats, Schiff got two out of three. She then completed two bench press attempts but declined the third. With the deadlifts, Sara completed three full attempts.

Prior to this meet, the record-holder in this powerlifting class was Jessica Springer. She lifted 285.8kg for the American Powerlifting Federation Cincinnati Women’s Pro/Am earlier this month on April 11.

The world record for this particular lift was set twice this month. First, it went to Springer and now Sara Schiff.

Sara Schiff’s prior record for best deadlift was 275kg, a record she picked up in November 2019 at the Southern Powerlifting Federation Record Breakers Contest. This was a massive amount of improvement from her, and shows that even in her 40’s, she is still making serious gains.

Congratulations are in order for her, as well as the other athletes who achieved massive new records at the 2021 Kern US Open.

The 10 Best Back Stretching Exercises