Roelly Winklaar makes his first stage appearance in some time, with a guest posing slot at the 2021 Emerald Cup 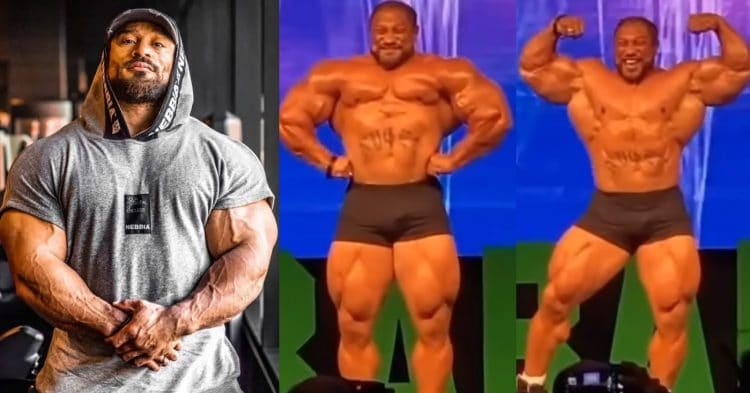 It has been a painfully long time since the last time we saw Roelly Winklaar competing onstage. However we did get to see where his conditioning is currently, with a recent guest posing over the weekend.

Winklaar is a fan favorite, and it is not hard to understand His massive physique is one that is more than worthy of multiple contest victories, as well as being the first ever People’s Champ at the Mr. Olympia, which he won in 2018.

While he has never gotten a win at the Mr. Olympia, he has scored as high as third place. Some have even made it clear that they feel like he has the skills and work ethic to do better than that, and maybe even win the crown.

Unfortunately it has been a while since we have seen Roelly Winklaar competing, with his last contest being the 2019 Yamamoto Pro, which he won. The main reason that he has not competed since then, was a positive COVID-19 test that kept him out of the Olympia.

However we got to see a glimpse of how his physique is looking currently, when he did a guest posing over the weekend. Appearing at the 2021 Emerald Cup, Roelly took the stage for a brief routine, a portion of which was captured in video and uploaded to Instagram.

Unfortunately the quality of the video is not very high definition, but you can still see how massive Winklaar still is in this clip. The Curaçaoan bodybuilding has clearly not been wasting any of the time that he has been unable to compete.

To be clear, this is far from how he would look if he were to be competing at this event. That said, looking at his physique here, from what we can tell, he seems like he might be at the biggest we have ever seen.

It is unclear why he did not compete at this show, or when Winklaar may be competing next, but he clearly is looking to get back to action sooner rather than later. He definitely had a good time with this guest appearance, and being at the Emerald Cup.

At the end of the day, there are still some questions about how Roelly would stack up against the likes of Big Ramy and others, if he did make another appearance on the Olympia stage. Either way, fans really just want to see him be able to compete again.

If there is anything we can take away from this, it is that Roelly Winklaar still has fans that want to see him on stage, and he is still hungry for competition.