A complete guide to the 2021 Kern US Open, so you know who and how to watch the action 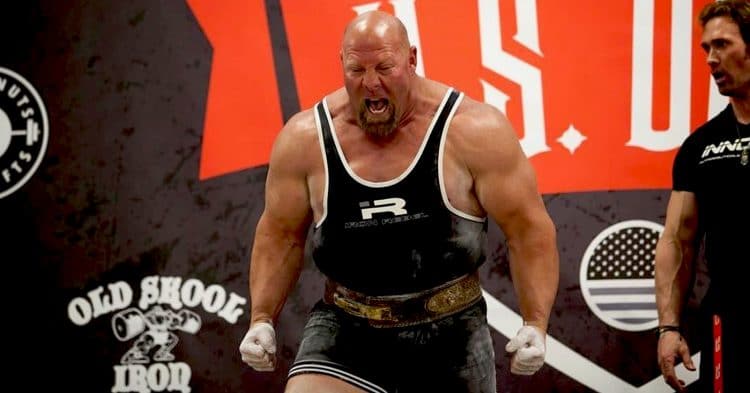 This weekend, from April 24-25th, the 2021 Kern US Open goes down in San Diego, California. This is a guide to watching the action, and who is worth paying attention to over the weekend.

The Kern US Open is one of the biggest contests in powerlifting, as every year it brings out the best in the sport every year. This year’s contest promises to be no different.

The 2021 edition of this contest marks the fifth year that this platform has been presented for the best powerlifters in the world to come out and show their skills. The previous four years have been incredible, and this one should be exactly the same.

One of the best parts of the Kern US Open for fans, is the fact that it is traditionally live streamed online for free. This year will be no different, which is especially beneficial considering the sheer insane list of athletes competing.

Beginning on Saturday, April 24th, at 9am PST/12 EST, the Apeman Strong YouTube channel will stream the event live. The first day will be made up of all the male competitors, where you can see all of their performances live.

The following day, on Sunday, April 25th, beginning again at 9am PST/12pm EST, the women will take the platform for their competition. Then, the top three men and top three women will walk away from the weekend with a solid amount of prize money.

There are a ton of extremely talented athletes competing at the 2021 Kern US Open. However with two days of competition to sift through, it can be a bit overwhelming for fans to figure out who to look out for.

Luckily for you, we have done the hard work and sifted through the names competing this weekend, picking out the ones that you absolutely can not miss. Take a look at them below.

Heading into the Kern US Open, John Haack already holds some pretty hefty world records. He will be looking to add to those massive numbers when he competes in California this weekend.

With some big showings already in the prep for this contest, we can expect to see something special from Bilbo Swaggins this weekend. If he continues on the path he is on, he could become the heaviest person to total 11x his bodyweight, and that alone is worth watching him compete.

Another world record holder competing at the Kern US Open, Daniel Bell looks to keep up insane streak on Saturday. He was not originally on the roster, but was added on short notice and it is going to be exciting to see.

Looking to capitalize on a big showing at the Hybrid Showdown III, Bell will look to continue extending his world record total. If successful, he will further separate himself from the rest of the pack in the super heavyweight division.

Yes, you’re reading that correctly, 52-year old strongman Nick Best is competing this weekend, as a powerlifter in the Kern US Open. This will be his first powerlifting meet since 2018, and he is excited to put his skills on display.

There is no surprise in saying that he is an incredibly strong athlete, but it will be interesting to see how Nick looks after this time off from powerlifting. He is going to be a great addition to the contest.

Competing for the first time of the year, Ashley Garcia has a ton of potential and motivation to perform at the Kern US Open. By the time the weekend is done, she could very well be walking away with some world records in her resume.

Competing in the 75kg division, Garcia has been on a roll in training, after an impressive end to her 2020. It will be exciting to see her perform here, and add to her budding resume.

To be honest, it is unclear what division Nikki Merson will be competing in at the Kern US Open. She has been known to compete in the 75kg division, but she is also listed as an 82kg athlete.

Regardless of the division, we can expect to see something impressive from Nikki this weekend. The 49-year old competed just two weeks earlier, so she will likely still be in peak condition for this meet.

Competing as a super heavyweight in the Kern US Open, Sara Schiff is an insanely strong powerlifter. She has been able to do some incredible things over the years, including previously holding the deadlift world record at 600lb.

That record stood until just two weeks ago, when it was broken by Jessica Springer’s 630lb deadlift. So there is no doubt that Sara will look to take back that accolade this weekend.

There is a lot to look forward to at the 2021 Kern US Open. Stay tuned to Fitness Volt for coverage of the event and results.

How Long Should A Workout Last?