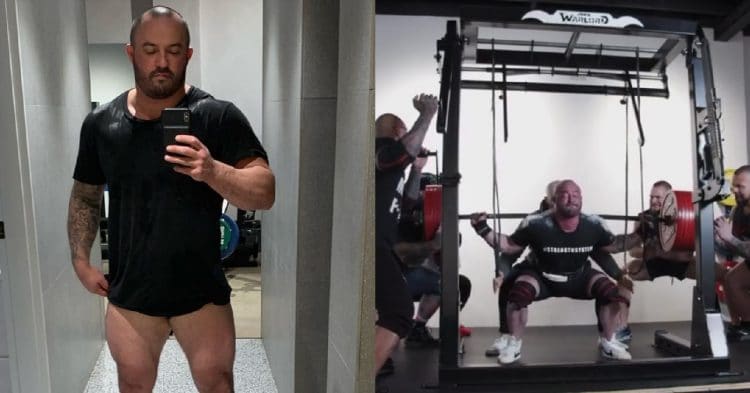 Australian powerlifter and strength coach Sebastian Oreb was back in action again recently. This performance saw him moving around some really serious weight.

It would be fair to say that Oreb is known best for his role as coach for legendary strongman Hafthor Bjornsson, helping to lead him to victory on his world record 501kg deadlift attempt. However he also has his own career of impressive powerlifting feats, competing in the sport for nearly a decade. In this time, he has had some big wins on the national level, winning the 2018 WRPF Australian Championship, in the 110kg division.

Recently, Sebastian Oreb chose to remind people that he is far more than just a teacher of heavy lifting. He took to his Instagram to show a training session where he somehow managed to squat an enormous 400kg for a new personal record. For context, this is the same type of lift that has literally broken other men, and he did so with the smoothness and poise of a warm up.

“400kg / 881lbs squat. PB!!! 💪🏼
It’s only a training lift so it doesn’t count for anything officially, but either way this is a milestone that I would have never believed was possible in my lifetime. I’m so happy I got this. When I rocked up at the gym so many of the guys and girls from my team turned up to help me get this weight today! Even my mum @nilaoreb and mother in law @vickyjohnson_15 found out I was going for something big so they even turned up 🤣❤️
Thank you guys so much. I couldn’t have done it without everyone in this video 🙏🏼🙏🏼❤️❤️”

There were three different angles of the lift, and each one demonstrated how smooth Oreb looked. The speed with which the weight came up nowhere near matched the sheer size of the weight. You can see his whole process below, from warm up to the actual squat.

Sebastian Oreb is certainly a man of many talents, whether it be with helping others, or securing his own impressive personal records. He got a fairly late start to his powerlifting career, but at 38 years old, he is showing that he still has a lot left in the tank.