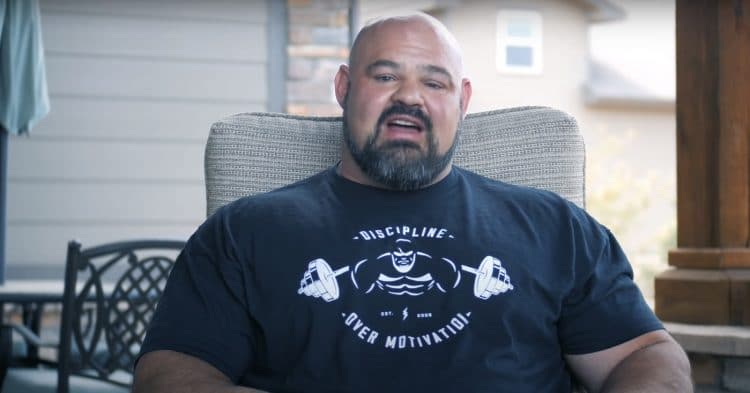 Brian Shaw took it upon himself to keep us all hyped and happy during this annoying and frustrating times by announcing that he’s hosting his very own Strongman show. I am really, really super hyped for this show and it’s potential.  If everything goes as planned and as I think Brian would love to, we are looking at a show that could maybe even rival the Arnold Classic one day.  Enough of this foreplay and speculation, let’s get to the real deal-the lineup.

The event takes place in Colorado on December 12th.

Yes, folks, you read it here first, “Big Z” is back baby! Even though he last competed fairly recently(2018) it almost seems it was a decade ago how much things have changed. Records have been set, broken and some fresh names emerged as top 5 material. If Big Z shows flashes of brilliance that made him the unstoppable force for almost a decade that will be a sure sign that we haven’t seen the last of him and he has another WSM title run in him.

Brian didn’t include himself in the official lineup, but he did say that he will compete and there is no point in him bragging about his own accomplishments. Especially while he’s trying to hype an event that he is organizing. So I’m guessing it’s more of a being humble thing than anything else. As far as his accomplishments go…if Big Z is Strongman’s Jordan, Shaw is LeBron or Kobe. He’s seen it all and pretty much done it all.

Mateusz is one of the new bloods I’ve mentioned above. He is fast, strong, and nearly unstoppable. Last year was his big “breakout” year where he placed second in every major competition he entered. His only weakness is the deadlift and a very solid argument could be made that it’s the only reason he hasn’t won any big contests yet. If Brian includes any kind of stone lifting event in the inaugural “Shaw Classic”, be prepared to witness greatness.

Mr. American Monster himself will be joining this merry band of misfits as well. Robert is a former American log lift record holder and a fan favorite strongman. He has style, uniqueness, sense of humor, and overall “it” factor for getting instant fame. He is also a multiple-time WSM finalist and is no joke when it comes to strength.

J.F. is a 9x time Canda’s strongest man a 7x WSM top 10 finalist. He is a veteran of the game and is no joke. Whatever the event, expect J.F. to give any man a run for his money, especially if there will be a deadlift event.

First openly gay Strongman and the current American log lift record holder. He is one of the smaller guys in the field but he doesn’t let that stop him in anything. He is a beast that’s ready to throw down with the best of the best.

The British giant, 9x top 10 WSM finalist, and million other top 10 and top 5 placements over the span of his career. He is currently the WSM in the Masters division and is looking to prove he can still hang with the top dogs.

The deadlift machine, Jerry needs no introduction. When Jerry competes, he brings it. He has competed with the best of them and has no problem with messing up the “expected” outcome and beating the top dogs.

Last but not least, the newcomer, Maxime. I gotta be honest here-I have zero clue who this guy is. Brian Shaw mentioned that he was super impressed with him at the Santa Monica pier Arnold Classic and that he is a name to look out for in the future. Well, if the 4x WSM winner says so then who am I to question it.  Some very outdated stats place him at around 115kg bodyweight during competition season, but I’m guessing he packed on size since those stats were written for him.