Chris Aceto protege and winner of the Mr. India, Senthil Kumaran has passed away 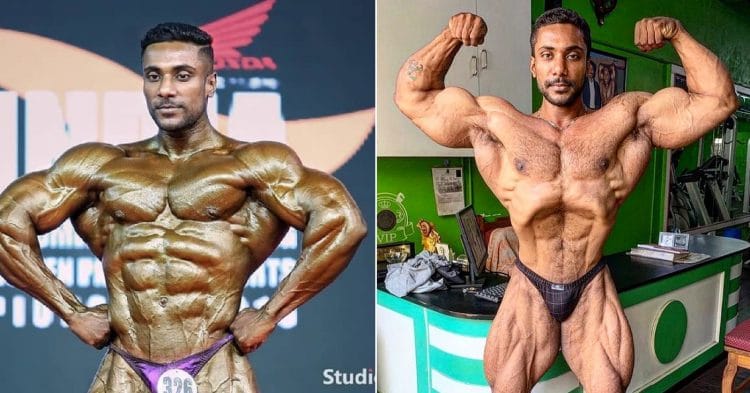 The bodybuilding world is in a state of mourning, as we have lost another brother in iron. A young prospect by the name of Senthil Kumaran has passed away way too soon.

Kumaran was by no means a big name in the sport of bodybuilding. However he had the attention of those in the know, and he was being looked at as a potential future star and out of the 212 or the Classic Physique division.

He is a lot of accolades under his belt throughout his time in the sport, most notably his appearance at the Mr. India competition. Aside from that he has also scored second at the Mr. World, and Sheru Classic, as well third at the Mr. Asia.

By far however, Senthil Kumaran has made the biggest name for himself by working with the legendary bodybuilding trainer Chris Aceto. In fact, it was Chris that broke the heartbreaking news that the Indian bodybuilding prospect had tragically and heartbreakingly passed away.

With opposed to his Instagram, Chris explained that his protégé and client had passed away far before his time. The sadness he was feeling was clear, as Chris reflected on the plans the two had built for his bodybuilding future.

“It’s with incredible sadness that I am sharing the very painful news of the sudden passing of Indian super star in the making Senthil Kumaran Selvarajan.

Senthil was a remarkable bodybuilder. I used to fill his ears with” we are going to the Olympia 212 or Classic for sure.” I meant it. He believed it,” Aceto wrote.

“More important Senthil was a Kind and loving husband father and brother. His wife is to deliver their second child within the month. Senthil is a great student and friend.

I am sure all of the Indian bodybuilding community is in shock, will miss him dearly, as will his close friends and family. I miss you already. I am saddened yet feel even sadder for your family. I am so honored to have known you. 💚 with genuine Love and respect to you and your family.”

This was obviously tragic news, especially when you consider just how young of a talent Kumaran was. His career had only just begun in a lot of ways and it seemed like he still had a lot to offer, And that’s without mentioning the important role he played with his family.

It should be noted that at this time no cause of death has been officially revealed, however some reports have indicated that it happened as a result of a cardiac arrest, sending them to the hospital where he ultimately passed away. That said, we should avoid speculating on the causes of death, out of respect for those close to him.

Fitness Volt would like to send their sincerest condolences to the friends and family of Senthil Kumaran. He is gone far too soon, and will certainly be missed.