Following the 2020 Mr Olympia, Chris Aceto breaks down Phil Heath's performance, and where things went wrong for the former champ 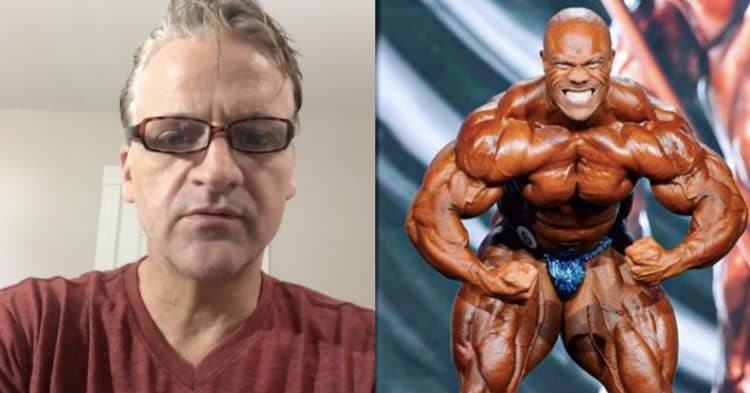 The 2020 Mr. Olympia is in the books, which went down December 17-20th, in Orlando, Florida. While Phil Heath was as not successful here as he would have liked, Chris Aceto seems to think he knows why that is.

Over the years. Aceto has proven himself to know a thing or two about what it takes to be the best bodybuilder in the world. He has been a coach and guru to a slew of legends over the years, ranging from Paul DeMayo, Cedric McMillian, Kamal Elgargni, and former Mr. Olympia Jay Cutler, to name but a few. Not only does he lend his expertise in the training room, working to get his athletes to their peak condition, but he also has a talent for analysis and breakdowns of what went right and what went wrong on stage.

Following the 2020 Mr. Olympia, there was a lot to digest and discuss, and there was none better than Chris Aceto to take a look at what went down in Florida. Speaking in a recent interview, he broke down much of the major storylines and big performances that transpired over the weekend. However it was when the topic made its way to seven-time Mr. Olympia Phil Heath’s return performance, that things got really interesting. There was no denying that Phil did not appear at his best on stage, and Chris seems to think the reason for this was a lack of confidence from Phil, who knew that his package, and in particular his midsection, was not what it needed to be.

“The worst mistake that Phil could make was to be so self conscious about his midsection,” Aceto said. “He would try to streamline it by not eating a lot and getting blown all big with an offseason, thinking ‘Okay, I’ve got to come in they’ve told me streamline.’ Then you streamline that midsection, which means don’t get gigantic. So when he came out in prejudging, he wasn’t a big version of Phil, and when Phil is not big, the knock against him is Phil is narrow. That showed up, and the narrowness against Ramy killed him.

“I bet the person with the lowest amount of body fat on the stage was Phil,” Aceto continued. “I believe that. Things do not drive through because there’s less stuff doing the driving, there’s less muscle there. The total volume was not there, so things did not look as impressive when things flexed. So, no he didn’t have the muscle that he had in year’s past, and it’s a muscle show, and that’s what hurt him. Condition-wise, people say it’s not his best condition either, and he probably thought ‘God I’m lean,’ but it doesn’t show.”

As far as the midsection goes, Chris Aceto felt that Phil Heath was messing with his core too much on stage. It was clear that he knew that his midsection was not what it should have been, and this led him to be unconfident while posing. That being said, Chris thinks that the third place score was fair, and could have even been bumped to second place.

“I don’t think (Heath getting third) was a gift,” Aceto explained. “He still looked good from the back, good in the side chest, even though he hits it from a different side now, good in the most muscular when he hit it, he didn’t hit it that aggressively…there was no point in prejudging, even coming out by himself, that he exuded confidence. In the press conference he exuded, like ‘I’m here, it’s still me, I’m Phil, I’m ready to go,’ but by the time he got on stage, he didn’t show any type of level of Phil Heath-ness that he had. I don’t know if he just realized backstage that these guys are big too, or whatever reason he didn’t have confidence on stage.

“Him and Brandon, they’re similar. That could have flip flopped maybe, second and third,” Aceto said.

That being said, Chris Aceto brings up some good points about Phil Heath and the way he performed. A lot of people felt that he should score even lower than he did, and it did seem like he was not confident in himself on stage. Hopefully this will not be the last time we see him, and he will have another chance at performing at his best.