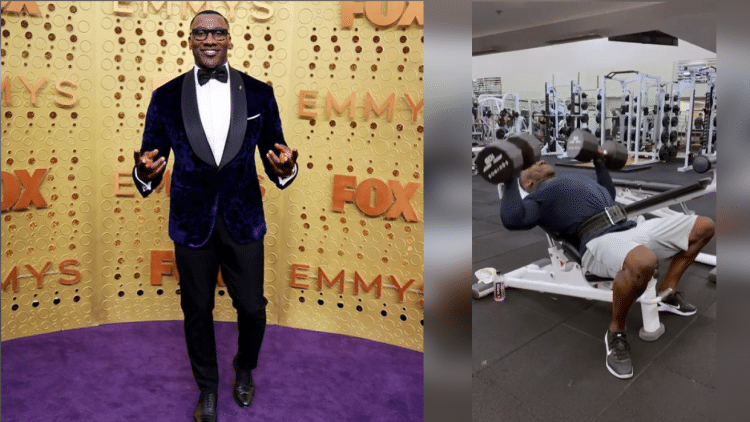 Shannon Sharpe may not be actively competing in the NFL anymore. Nevertheless, as he showed recently, he still stays in the gym, training super hard.

Sharpe is one of the most famous NFL players of all time. He held three Super Bowl rings in his tenure as a tight end. Primarily, he played for the Denver Broncos and Baltimore Ravens, and was regarded as one of the best players of his era. Subsequently, he was inducted in the Pro Football Hall of Fame in 2011, after 14 seasons playing in the NFL.

Nevertheless, at 51 years old, Shannon Sharpe has not slowed down all that much. He recently demonstrated that fact in a post to his Instagram. In the video, he describes his high rep bench press workout, which he demonstrates in a video. Moreover, he explains that he also was going to do a CrossFit workout later in the day.

Check out the unbelievable video:

“Today was a rep day

Clearly age is just a number to Sharpe, who not only is doing many reps but also with fairly heavyweights. Additionally, considering this is just his first workout, and the other is going to be CrossFit, it is safe to say he stays in top physical condition.

It is good to see that just because Shannon Sharpe spends more time talking about football, rather than playing it, that this has not stopped him from hitting the gym. As a result, he is still looking good, even at 51.

Eddie Hall Spends A Day With “The Terminator” Arnold Schwarzenegger