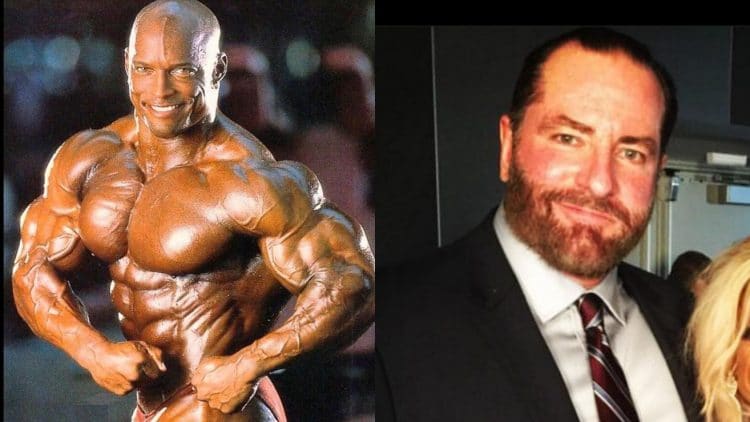 Some people believe Chad Nicholls is one of the best nutritionists in the world. Shawn Ray, on the other hand, thinks that Chad is a fraud and has caused more harm than good.

Shawn Ray is a bodybuilding Hall of Famer, and one of the best to ever do it. He competed across three different decades. Even though he never won the Olympia, he landed on the podium on several occasions and won other big shows like the Arnold Classic.

Someone that Ray did not care for, is Chad Nicholls. Despite the fact that Chad is attributed for getting Ronnie Coleman to his first Olympia win, Shawn is not impressed. Many people, including Shawn, have an issue with Chad’s use of performance-enhancing drugs with his clients. In fact, when asked by Patrick Bet-David if he had ever had any interactions with the nutritionist, he did not bite his tongue.

“He tried to (get close to me),” Ray said. “1996 I went to guest pose for him. He took me to dinner and asked if I needed any help. I just got second place to Dorian Yates, no I don’t need your help. I don’t even know you first of all, and I’ve done it all myself. That’s where I think we started to butt heads. I flatly refused any help from him, and he went on to say a few years later, that if I had used his help, I could have been Mr. Olympia.

“Chad’s got blood all over his hands,” Shawn Ray continued. “Ronnie Coleman will defend him to the ninth degree, but he was in that bathtub near death in 2001, at the direction of Chad Nicholls, who’s not a doctor by the way. There’s at least five deaths; Don Youngblood, Nasser El Sonbaty, Dallas McCarver, and there’s a few other people that he’s had relationships with as a bodybuilding coach, that are dead and in the ground, and he didn’t go to one funeral.”

But Shawn Ray was not done there.

Ray goes on to explain that everyone that has been working with Chad Nicholls has had kidney transplants. Moreover, there were other issues with all of the people from his camp. Nevertheless, the people that have been working with him still stay very loyal to him. Shawn concluded on the subject with some serious remarks.

“I never let that die because Chad Nicholls left a wake of bodies in his path, and he’s like a state chairman, and he runs competitions,” Ray said. “He’s not a friend of mine. I would have had more respect for him, had he gone to some of those funerals.

“I don’t endorse any of his practices, but you’ll find he’s got a very loyal following,” Ray concluded. “He started working with Dallas McCarver. When he started working with Dallas McCarver, I said Dallas has six months to live, he died eight months later. So I have a reason to be pissed. I’m not prophetic, I’m not Nostradamus. But I know danger when I see it, and I knew he was danger in the 90’s.”

What do you think of these comments from Shawn Ray about Chad Nicholls?