Chris Duffin Has Near Accident In Training 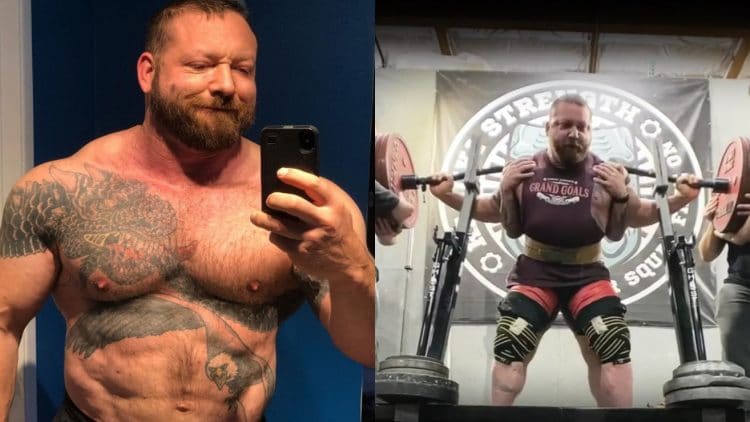 Chris Duffin is known for being able to hit massive squats. However he almost had a major accident when training his squat recently.

Duffin is one of the most legendary powerlifters of this era, despite the fact that he has not been competing for some time. He has been able to hit some insane lifts over the years, earning records at every turn. In particular, he is known for being able to squat and deadlift over 900lb, even though he competed at 220lb. Moreover, he even landed in the Guinness Book of World Records for being and to deadlift a total of 17,010lb in a minute.

Nevertheless, Duffin could have suffered some serious injuries when he hit the gym recently. In a video posted to his Instagram, he can be seen attempting a 1015lb squat, which is not something new to him. However this time he almost passed out, but was able to push through the lift. He explains in the post that he may have a mild cold, or low blood pressure, but hopes it is resolved before he competes in March.

“1015lbs last night was kinda of interesting for my top set,” Duffin said in the post. “Not sure if it’s low blood pressure or fighting off a bit of a cold, but I couldn’t do more than a single over 950lbs without starting to pass out. The 1015 felt great, and I felt I could have doubled it…but halfway up I started passing out yet somehow managed to finish it! My body basically quit responding when you see my legs get all jelly-like. Hope to have this issue resolved next week. Definitely not something I’m used to except with heavy front squats cutting off the carotid artery.”

That was a scary thing to see Chris Duffin go through. He says that he is looking to do a 1000lb triple squat at the IHRSA show in San Diego next month. Hopefully whatever the issue was here, will not affect him at this show.

Cheat Reps – How And When To Use Them