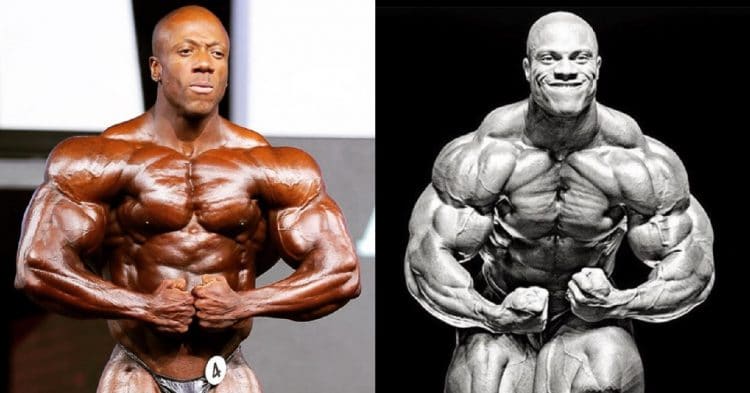 It has been a while since we have seen 2018 Mr. Olympia Shawn Rhoden in action. In a rare move, he sat down for a lengthy talk where he discussed his mindset for winning the Olympia after so many times of trying and failing.

It was a long road for Rhoden to make it to winning the Olympia title in 2018. It was his eighth attempt at winning the show, as he was constantly stuck in the shadow of the great Phil Heath. However he continued to preserve, and keep trying, and eventually that work paid off as he broke his run of being stuck in the top 5, taking the throne from Heath and becoming Mr. Olympia.

That being said, it was never about beating Phil Heath, at least not for Shawn Rhoden and his coach Chris Aceto. The pair sat down for a live session on Instagram, where they discussed the resiliency of pushing through the many years of failed attempts to win the Olympia. It was here that Shawn revealed that he was not focused on trying to beat Phil Heath or Big Ramy. Instead the pair just wanted to bring the best package they can to the stage, and let the rest work itself out.

“For me, I’m just so locked in. Maybe I drank the Kool Aid from day one, maybe I just have the upmost respect for what (Chris Aceto) has done. But I believed in the process from day one.”

At the end of the day, there are still a few obstacles stopping Shawn Rhoden from being able to compete again. However he has proven to be able to get past setbacks over the years, and it seems likely that he will be able to do the same when it is time to return. With Chris Aceto by his side, it will be interesting to see how he looks upon his comeback.