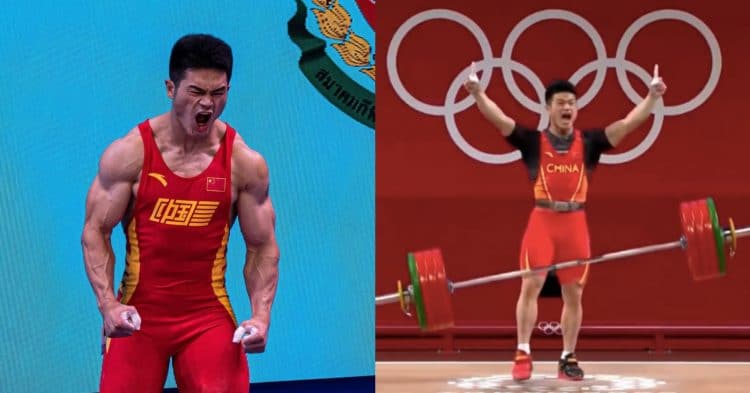 Heading into the Tokyo Games, China’s own Shi Zhiyong already held all the world records in the 73kg division. However he is leaving the event with a second Olympic gold medal, and a new world record total.

Zhyiyong is already regarded as the best 73kg weightlifter in the world, holding the world record for the snatch, clean and jerk, and total. With a gold medal in the 69kg division at the 2016 Olympics, all eyes were on him to see how things would go in Tokyo.

To say that he delivered would be one of the biggest understatements imaginable. As you can see with the videos posted to Instagram, Shi managed to not only score his second gold piece, but in the process he set a new world record for total in his division at a whopping 364kg (802.4lb)

Here is a breakdown of Shi Zhyiyong’s lifts at the Tokyo Games:

There is a lot about this performance from Shi Zhiyong that is worth pointing out, aside from the incredible world record. There is of course the fact that he set Olympic records for his snatch and clean & jerk, despite having a rare miss on his second clean & jerk attempt.

This was obviously a massive achievement for Zhiyong, who broke his own previous world record total by a single kilo. It also marks a second straight gold medal, across two different weight divisions at the Olympic Games, which is an insane achievement within itself.

At just 27 years of age, there is a lot of potential still to see from Shi Zhiyong, especially if he can keep up the same trajectory that he has been on for the last handful of years. To see him reach such success at the Tokyo Games is just the cherry on top of an already legendary run in the sport.

Kara Saunders Pulls Out Of 2021 CrossFit Games After Day One