How To Do Stability Ball Decline Push-Up (Chest)

How to do the stability ball decline push-up 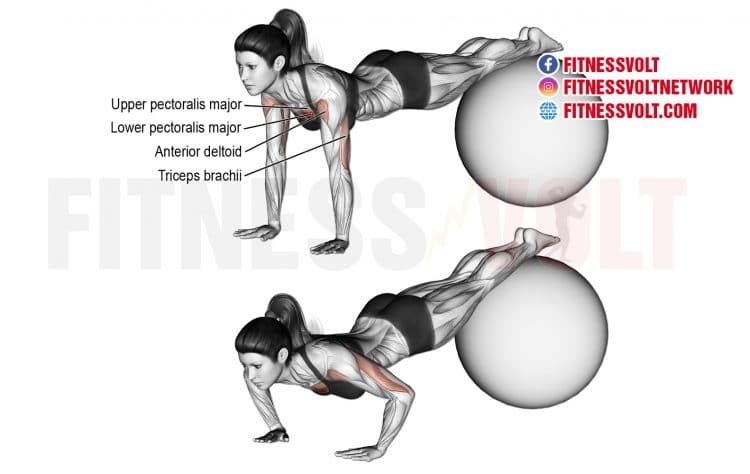 The stability ball decline push-up is bodyweight exercise which builds muscle and strength in the Pectoralis Major (Chest). But the triceps, front deltoids, and core receive stimulation as secondary movers during the movement. Now, this is not really a beginners exercise unless you can do full push-ups and have good balance.

But, it’s a great functional movement since it requires balance and stabilization. So, it’s good for athletic people who play sports and need optimal functional strength. Plus, the decline angle increases the difficulty of the exercise making it even better for developing a strong and muscular chest.

Watch: How to do the stability ball decline push-up

Watch: how to do decline push-up using a bench

How To Do The Dumbbell Concentration Curl