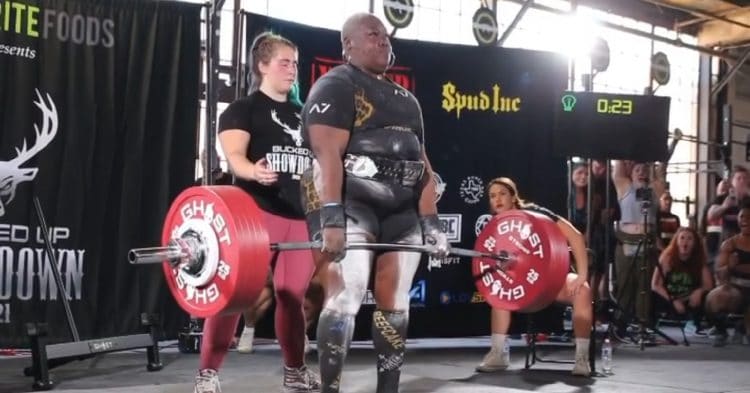 The 2021 WRPF Showdown meet delivered a lot of incredible action from several of the sport’s best athletes. Easily one of the most standout showings came from Tamara Walcott, who landed the heaviest deadlift ever seen from a female powerlifter.

Walcott got a late start to her competitive powerlifting career, competing for the first time at 34 years old. However that has not stopped her from having some incredible performances over the three years that she has been competing, winning all of her meets except for one.

Her latest win was her best performance to date too, which saw her walking away with a world record and some personal bests at the WRPF Showdown. As you can see with this Instagram post below, Tamara was able to score an enormous 636lb (288.5kg) raw deadlift, which was the heaviest pull in the history of the super heavyweight division.

“TODAY I DID NOT GO 9 for 9, but what I did do is prove not only to myself but to other beautiful strong people out there is that… you can do anything and everything you put your mind too!!!! I’m not a natural born athlete ….. powerlifting did not come easy to me!!!! When I started this journey to getting strong back in 2017 … 315lb deadlift was my goal!!!!” Walcott wrote.

“Today I exceeded expectations not only of myself but so many other people out there !!!!! I hope I made you guys proud! I hope I did y’all well! I hope you know YOU CAN DO IT TOO!!! It’s just takes hard work A GOOD COACH @teamfoxstrength AND DOING ALL YOUR ACCESSORY WORK 🙃🙃🙃🙃 🚨 6️⃣3️⃣6️⃣lbs ATWR HEAVIEST DEADLIFY OF ALL TIME EVER … I’m so humbled to leave my mark in such a way! I was never the best … but I always operated in the 1st place mentality!”

This world record deadlift took place after Tamara Walcott failed her first lift, going 2/3 in this lift. She also went 3/3 on the bench press, and 2/3 on the squat.

Here are her best lifts from this meet:

While the 584lb squat that she got on her second attempt was a competition best, Walcott also went for a world record squat in her third. She fell short on the 622lb attempt, attributing it to some knee issues that she was feeling by trying to make sure her depth on the squats were enough to satisfy the judges.

This was easily one of the best showings from her career yet, and Tamara Walcott found herself walking away with one world record, and nearly a second one. Seeing these types of performances makes it hard to not wonder what would have been, if she did not wait until so late in life to start competing.