Big Ramy is looking ready to make a defense of his title, days out from the 2021 Mr. Olympia 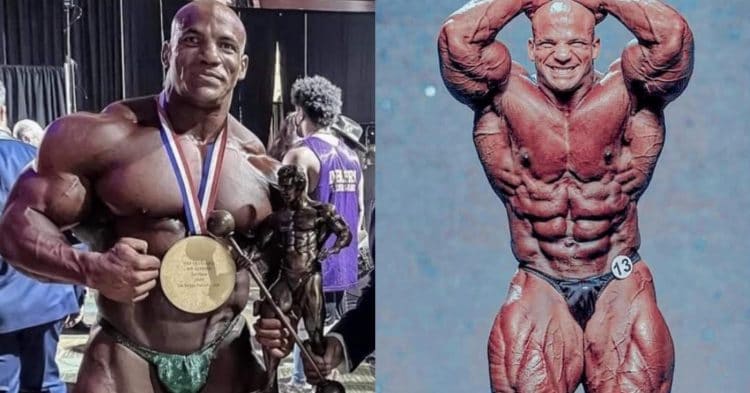 Big Ramy made the infamous quote that “winter is coming” before winning the 2020 Mr. Olympia. His coach promises that this year the winter will be even colder, but 2021 Arnold Classic champ Nick Walker is not intimidated.

Ramy brought a near perfect physique to the stage at the Olympia last year, ultimately leading to him living up to his full potential and winning the contest. It was the type of package that made many of the sport’s most knowledgable people say that he could be unbeatable if he stays consistent.

Now the champ is just over a week away from what could be the first defense in a long reign as Mr. Olympia. He has been training with Dennis James for the last couple of weeks, and Big D recently posted to his Instagram to show the work that the two have been doing, looking massive while doing some incline bench work.

This Olympia means everything to Ramy and that’s exactly how we train, we give everything!” James captioned.

While being covered head to toe in a long sleeve shirt and sweat pants, it is hard to tell exactly how the champ is looking, days out from the 2021 Mr. Olympia. However he is clearly as big as he has ever been, and appears to be going through the early stages of death face, which is a sign that he is going to be super dry by the time he steps on stage.

One of the men who seems primed to come after Big Ramy’s title is Nick Walker, especially after winning the 2021 Arnold Classic. A few days earlier, he took some shots at the Egyptian, by pointing out that winter is not something that normally happens in the sunny state of Florida.

“There’s no winter in Orlando,” he wrote.

However Ramy’s coach and dietician Chad Nicholls promises that the champ is going to look better than ever when he takes the stage in Orlando next month. Chad seemed to respond to these comments from Nick, saying that if winter came last year, this year is going to be a nuclear winter.

“PSA: If you will be traveling to Orlando next week it is highly recommended that you bring a f—king COAT,” Nicholls posted, before adding in the caption.

Nevertheless, Walker was steadfast in his belief in his skills to score well at the Olympia. In fact, he shared another post to say that the Olympia trophy is going to be returning to the US after this year’s contest.

“The Sandow is staying in the states,” he said.

There are a lot of exciting matchups that fans are chomping at the bit to see when the 2021 Mr. Olympia goes down, October 7th-10th. That being said, it is hard to deny that the most intriguing aspect of this contest, is going to be seeing if Big Ramy shows up as good or better than he did last year, and if anyone has an answer for his insane physique.