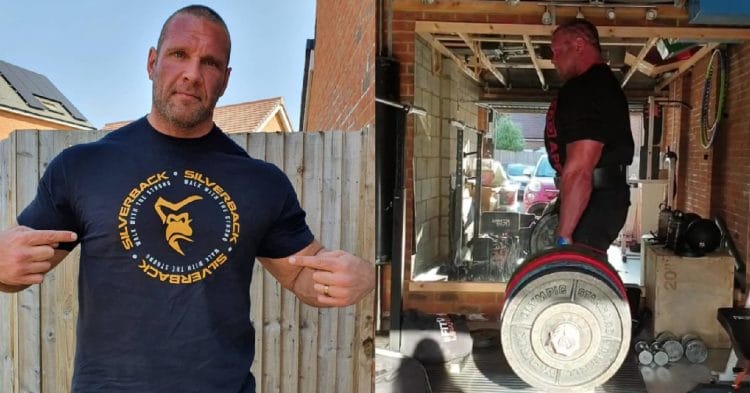 As a decade and a half long veteran of strongman competition, you would think that Terry Hollands have given all he can to the sport. However he showed recently that he still has the power to impress people.

English-born Hollands is a true veteran of the sport. He has finished on the World’s Strongest Man podium on two occasions, as well as won several contests across the United Kingdom. In that time he has shown us incredible feats of strength, turning in some unbelievable performances.

Taking to Instagram recently, Terry Hollands reminded his fans that even at 40 years old, he still has a ton to offer. He shared a video of himself ripping through two reps of an enormous 400kg (881.8lb) deadlift. As solid of a lift as that sounds on paper, the ease with which he hits it makes it even more mind boggling.

“So plan was 1-2 reps at 400kg and gotta say 2 was pretty comfy and felt I had another 2-3 reps there. First time I’ve repped 400 for about 4 years. Feeling pretty positive about how things are progressing.”

Judging by how easily he pulled the weight, you would not guess that this was Terry’s first time repping 400kg in 4 years. Yet he alludes to that in the post, saying that he even felt like he had two or three more reps that he could have done. With the smoothness he displayed with what he did pull, that is not hard to believe.

Hollands has been working on more than just his deadlift lately, too. Here he is the very next day, going six reps on a sturdy 175kg (385.8lb) bench press. Although this is more of a high rep, lower weight type of training session, it is impressive all the same.

Terry Hollands continues to show that just because he is getting older, does not mean his skills are fading. Sure, his best days are more than likely behind him. Nevertheless he still manages to find news ways to impress us, even if it is just in the training room.